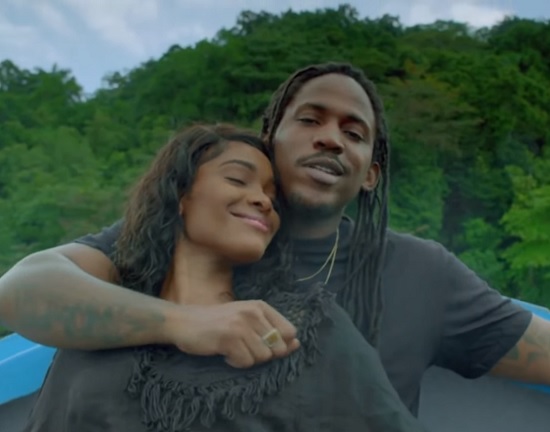 If you have been paying attention to Top Dawg Entertainment's resident crooner SiR, then you'll know that he loves two things: his woman and his weed. So it should come as no surprise that he has found a way to celebrate both in his latest video for the track "D'Evils" taken from his major label debut, November.

In the Karena Evans-directed clip, we find SiR and his boo taking a trip through the hills and streets of Jamaica. Whether they are cruising down the river, chilling in their breezy digs or dutty wining in a dancehall, his other true love is never far from his mind as indicated by lyrics such as, "Pardon me while I elevate / May not be on time, but I'm never late / Blazin' like the player that you wanna be / Flavor like your baby mama cup of tea." The beautiful scenery, tight shots of locals and the 35-mm film filter also come together as a love letter to Jamaica, showcasing various aspects of life in the West Indian country. Produced by TDE regular collaborator D.K. the Punisher, the reggae-influenced tune borrows its hook from Billy Boyo's 1981 classic single "One Spliff a Day."

"D'Evils" is just the latest single taken from the Inglewood native's long-awaited studio album. Currently, SiR is on the road with his TDE labelmates Kendrick Lamar, SZA, Schoolboy Q, Jay Rock and Ab-Soul on The Championship Tour. For tour dates and tickets, be sure to click here. Until then, hit the bounce to get transported to this steamy, tropical paradise courtesy of SiR.