SoulBounce Exclusive: Kiddo Breaks His Situationship Down On ‘Much To Me’ 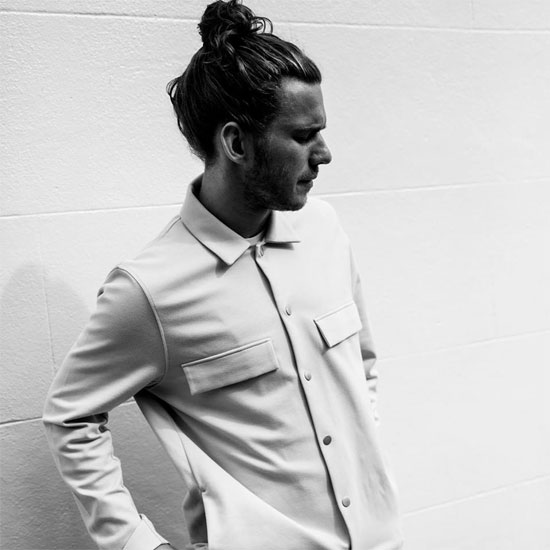 North London newcomer Kiddo (born Miles Mitchell) is a singer/songwriter/multi-instrumentalist who describes his music as soul-pop, but it's much deeper than that. Growing up, he was influenced by his parents' musical selections that ran the gamut from Eric Clapton to Diana Ross. In later years, he developed a surprising affinity for disco and got sucked into the works of Prince, Michael Jackson and the Bee Gees. This wide range of influences informs Kiddo's sound, which he's giving us a taste of on the single "Much To Me" in a SoulBounce exclusive world premiere.

"'Much To Me' is my most raw and meaningful song on the record," Kiddo told us about the track that's the definition of "honest music." "Lyrically, it tells the story of how a relationship can sometimes mean more to someone than to someone else." Let the church say, "Ouch." Sure, our leading man is fine with a weekend in bed doing what grown folks do, but come Monday morning he's out and doesn't want to argue, fuss or fight with his lover about their situationship. He's made his non-intentions quite clear despite his insignificant other not wanting to face facts. "I know you're waiting to see what we turn out to be / But I guess it doesn't mean that much to me," he nonchalantly croons on the chorus that stings so sweet.

When crafting the track's sound, Kiddo was very deliberate. "The baseline drives the chorus with choir vocals hammering home the hook. The vocal harmonies in the middle eight section are an homage to some of my favourite harmony-based vocal groups. Old 70’s soul records really inspired my writing on this song.” Although he borrowed from the past while making "Much To Me," he managed to make it sound fresh and current.

If you're digging "Much To Me," look out for Kiddo's debut EP Life's Like That to drop soon, and he promises more soulful sounds to bop to. "My debut EP is a pop/disco/funk record. The EP is inspired by the sounds of the '80s and some of my favourite artists including Prince, MJ and the Bee Gees." With those genres represented and artistic inspirations, we're sold. Life's Like That will be released on KISH Music in June. In the meantime, keep up with Kiddo on Facebook and Instagram.