SoulBounce Exclusive: Rob Milton Has A ‘Greater Love’ To Offer You 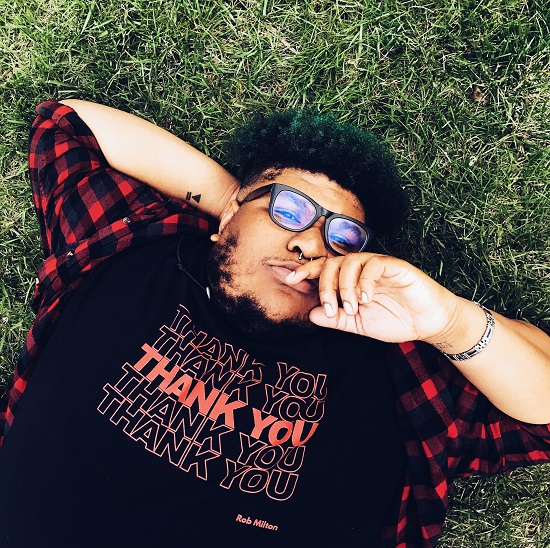 Have you had enough of Rob Milton? That's a trick question, as we all know that we can never get enough of our talented fam. Mr. Milton has been perhaps one of the busiest artists of 2018 thus far, dropping single after single in preparation for whatever he has planned later this year. Now he's back once again, this time bringing us his song of the summer contender "Greater Love," which you're getting your exclusive first listen to right here in a SoulBounce world premiere.

For "Greater Love," Rob taps into a reggae vibe thanks to Scottie Glaze's production, which is heavy on guitar skank and callouts to the genre. Rob sits in the pocket of the rhythm to deliver his verses, which he co-wrote with frequent collaborator Kreion, as he details just what he can offer to his lover whenever they're ready to receive it. "There is no greater love / Than the love that I have for you," he sings. "There is no greater touch / Than the way that I touch you / But you don't really want that do you?" He then goes into a very detailed list of what exactly he can bring to the table. Basically, he's saying that this could be us, but you playin'. Despite the game playing, Rob still has love on the brain and is willing to search until he finds the one willing to receive and reciprocate his love, simply singing on the chorus, "I'm looking for a greater love."

“I’m just having fun making the records of my dreams out here in Atlanta," Rob says about where the song comes from. "‘Greater Love’ is my saucy summer anthem and I hope that it becomes the soundtrack to your favorite feel good moments of the season.”

We have a feeling that his hopes will be coming true as the temperatures rise. You can pick up Rob Milton's latest on iTunes now and stream it to your heart's content below.


TAGS:  audio, Kreion, Rob Milton, Scottie Glaze
Previous: Annalé & Stokley Go Deeper On ‘Back Of My Hand’ Next: Raphael Saadiq To Hit The Stage This Summer On His ‘Ray Ray Vs. Charlie Ray Tour’