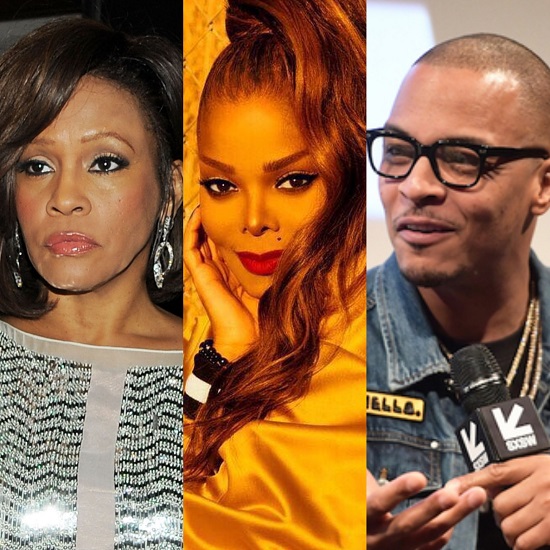 May is nearly done and summer is right around the corner. We know we're all ready to bust out those shorts, tank tops and sundresses as we welcome in the actual most wonderful time of the year. But before all that happens we've got a rather full week of music news to unpack. Don't worry, though. This Week In SoulBounce has got you covered. Leading things off are the shocking allegations of molestation by a cousin that are being made in the new Whitney Houston doc Whitney that has everybody clutching their pearls. Then there's Billboard devoting the cover and an in-depth interview to a surprisingly candid Janet Jackson, who dishes on her life and legacy as well as her new music on the horizon. Meanwhile, rapper and sometimes activist T.I. got arrested after a drunk night led to an argument with a guard outside of his gated community. All this, plus Teairra Mari getting litigious with 50 Cent, Teyana Taylor clapping back at Azealia Banks, Childish Gambino coming for that No. 1 spot and much, much more. Get into the groove and get your music news when you read on.