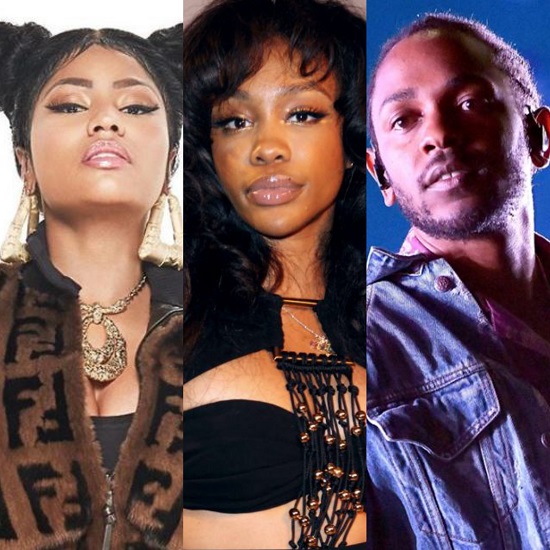 It's Memorial Day weekend, which means lots of day parties, brunches and BBQs are gonna be popping off. But before you head out and to enjoy your festivities, we've got some music news for you. And, just like a hamburger fresh off the grill, it's quite juicy. First up is Nicki Minaj who seemingly confirmed that she and Eminem are an item — but is it true? Next, much to the disappointment of fans, SZA recently announced that she has to sit out a few of TDE's Championship Tour dates due to issues with her vocal cords. Meanwhile, fellow TDE heavyweight Kendrick Lamar recently had to check a fan for rapping the "n-word" along to his lyrics on stage, which of course ignited yet another heated debate on the word's use. All that, plus Pusha T and Drake's beef gets heated, Ray J and Princess Love are now proud parents, Jamie Foxx has got a new TV gig and much more where that came from. Click on for all this controversy (*in our Prince voice*).