Victory Wants You To ‘Open Your Eyes’ & Enjoy Life 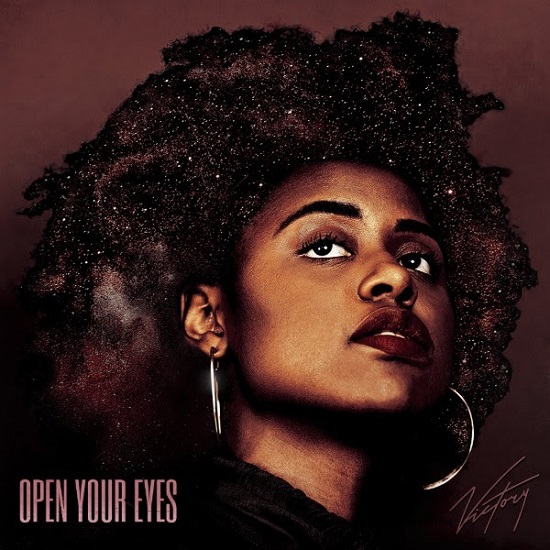 In the weekly flood of new music and videos vying for our attention, it's easy for newcomers to get lost in a sea of established artists. But for those talented souls who are creative and brave enough to go against the tide, the reward is definitely worth the risk. Up-and-coming Roc Nation signee Victory Boyd – or simply, Victory – is one such individual, delivering folk-soul goodness that has us eagerly anticipating her forthcoming debut The Broken Instrument.

While she may be new to us, the singer/songwriter/composer/multi-instrumentalist has been performing for almost 20 years, starting out as a four-year-old singer in the Boys and Girls Choirs of Detroit, a group founded by her father John Boyd. The musical family, which includes her eight siblings, moved to New Jersey when she was 12 and began making a name for themselves as the Perfect Blend Group (now, Peace Industry Music Group) – performing in New York subways, the steps of The Met and Minton Tile Arcade near Bethesda Fountain in Central Park, which became their new musical "home." It's also the spot where she was discovered by JAY-Z.

Soon after signing with Roc Nation, Victory released It's A New Dawn, a five-track collection of impressive original music and incredible covers, including Nina Simone's "Feeling Good" and Stevie Wonder's "Overjoyed." Now, with her full-length debut set to drop on June 15th, she's giving us a preview with "Open Your Eyes." Produced by 9th Wonder, the refreshingly positive tune is a cosmic blend of pop, folk and soul with heady beats and soaring strings. Beautifully layered, yet breezy and carefree, the song inspires while also highlighting Victory's exquisite vocals and unconventional sound. Listen to the track below, then scroll down to view the delightful lyric video created by Mavro.

It's worth noting that Victory had the honor of opening for Ms. Lauryn Hill during her praised Apollo Theater concert celebrating the 20th anniversary of The Miseducation of Lauryn Hill. In addition to upcoming solo performances, Victory will be hitting the road as opening act for Jussie Smollett for select dates of his Sum Of My Music Tour. She's also scheduled to make her ESSENCE Festival debut this summer. Visit her website for concert/ticket info, watch her "glow up" continue via social media and download a copy of "Open Your Eyes" ahead of The Broken Instrument release.