6LACK Wants To Escape The Limelight On ‘Switch’ 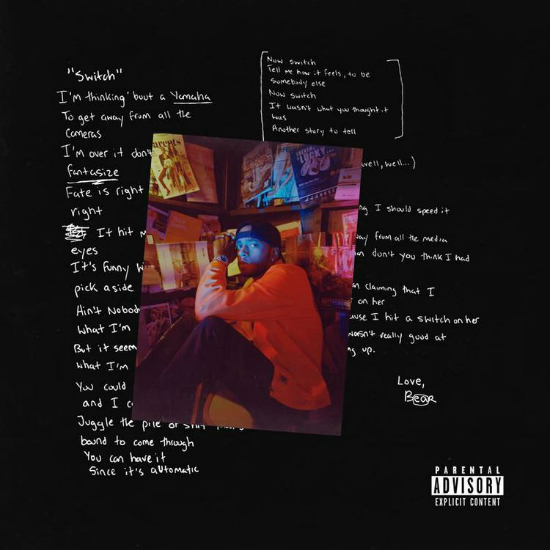 Singer-songwriter and numerologist 6LACK popped on the scene with a “PRBLM,” causing all types of havoc for music fans with his insightful lyricism. Since then, the singer has been praised by Erykah Badu after covering her song "On & On" and worked with legends like Timbaland and fellow male R&B stars Khalid and Ty Dolla $ign on “OTW.” While fame is firmly in his grasp, the Atlanta native is also struggling with the pressures of celebrity. In fact, the singer postponed his European tour to spend more time with his infant daughter. He discusses the weight of the limelight on his latest single “Switch.”

“I’m thinking about a Yamaha / Thinking about a Yamaha / To get away from all the cameras / I’m over it, don’t want to fantasize / Fate is around the corner right,” sings 6LACK, lamenting his fortune and fame. Over an uptempo, bass-heavy groove of growling synths and percussion, the singer expresses his need for people to relate to his situation. He wants someone else to walk in his shoes and learn that all that glitters ain’t gold. But does this Freaky Friday pipe dream sound like he’s ungrateful? Does he have sour grapes? Somewhat, but we can’t relate to his situation. However, in the second verse, where 6LACK discusses the effects of fame on his family life, things truly get relateable.

“Switch” is our first inkling on what’s to come on 6LACK’s upcoming sophomore album. The singer shared on Instagram that the project is finished. Beyond the cryptic post, details are still scarce. We’re guessing he'll release the project after he finishes touring with Chris Brown on the Heartbreak On A Full Moon Tour. While you wait for him to pull up to a city near you, hit play and let us know if you’re feeling 6LACK’s pain on “Switch.”