After 7 Try To Win Our Hearts Back With ‘If I’ 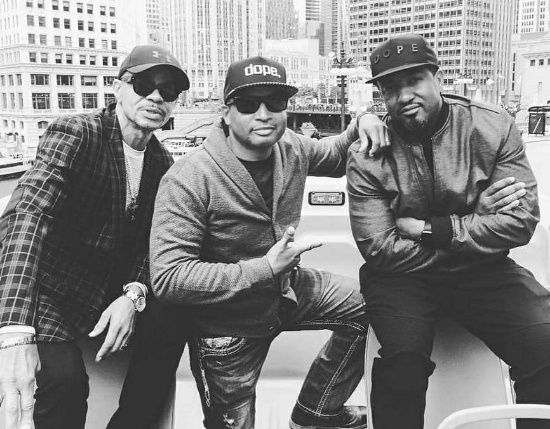 Remember After 7? Actually, a better question is, how could you forget After 7? The “Ready or Not” singers established themselves as the smooth, old school R&B alternative to the New Jack Swing sound that was popular in the late-'80s and early-‘90s. The original lineup composed of Babyface’s brothers Melvin Edmonds and Kevon Edmonds and their friend Keith Mitchell became a staple of quiet storm radio back in the day. The fellas took a brief 20-year hiatus but returned with Melvin's son Jason Edmonds replacing his dad in the group on their comeback album Timeless in 2016 and have picked up right where they left off. They're still getting burn off of that album and have dropped their next single, "If I," to let everyone know that they haven't lost their touch.

On “If I,” the guys are lamenting abouty not treating their lady right when they had the chance. “If I would have treated you mo’ right, you’d still be by my side “ they sing on the chorus. “If I” doesn’t stray from After 7’s original ‘90s R&B sound. Lead singer Kevon’s soft tenor is perfectly supported by the rest of the group’s harmonies, as always. While the drums, keys, synths, chimes and harmonies sound as familiar as yesterday, we can’t say it’s not a fond memory.

“If I” is the fifth single from the After 7’s  Timeless preceded by “I Want You,” “Let Me Know,” “Running Out” and “Too Late.” Listen to "If I" right here, and let us know if After 7’s latest is as timeless as ever.