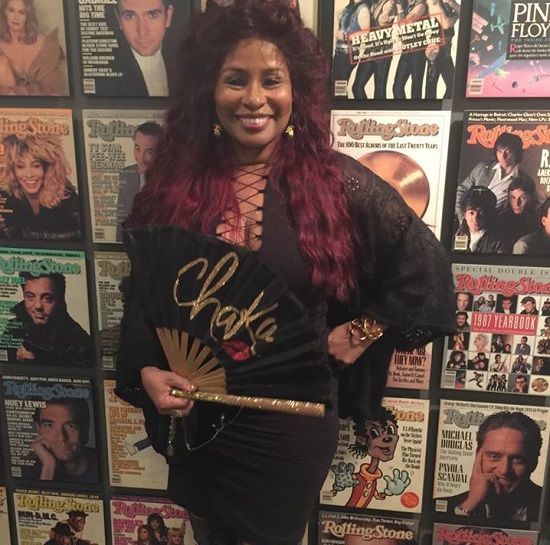 Chaka Khan could pretty much sing much sing her classic hits forever and you would hear nary a complaint from us. But thankfully the icon has a gracious and giving spirit and she keeps giving us new material to wrap our ears around. No stranger to songs meant for the dancefloor, Chaka is giving us another gift with the release of her newest single "Like Sugar" and, as the title suggests, it sure is sweet.

"Like Sugar" mixes up funk, dance and soul to create a sound that revisits Chaka's catalogue but keeps things up to date. While the sticky bass line and disco-reminiscent percussion definitely seem ready tailor-made for the funk and soul queen, it's the modern elements that actually flaunt her talents the best. Quick cuts, fade-outs and the sudden echoes of vocal samples frame her voice perfectly, allowing her to take us from the depths of soul to jazzy coos to a full-on siren song over the course of four minutes. As if one new Chaka track wasn't enough, the single EP also offers a version of the song from former Major Lazer producer Switch, who switches things up (no pun intended) with a sly, bouncing electro remix that takes things in an unpredictable direction. As his take swerves and careens into unknown territory, Chaka's earthy voice is there to anchor us as we bounce along for the ride.

Rumor has it that "Like Sugar" might be the first single from Chaka Khan's upcoming album. While we definitely hope that's so, we're more than happy to dance along to the singer's latest. Take a listen to "Like Sugar," its extended mix and the Switch remix via Spotify below.