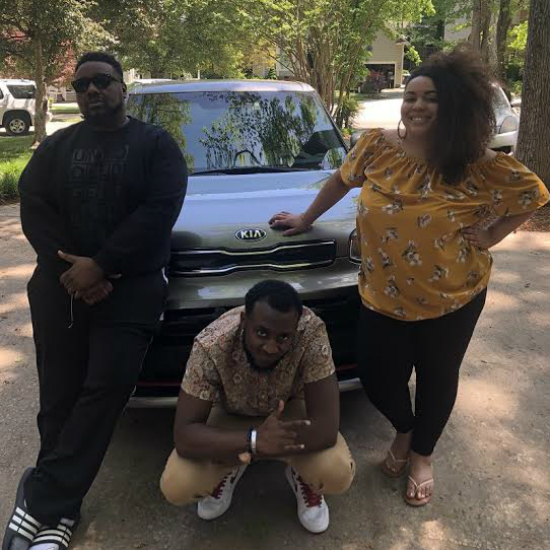 Some of the best jam sessions are in the car with you and your friends singing at the top of your lungs and way off key to your favorite jams. Chantae Cann captures this magic, sans the need for vocal lessons, in her Kia Soul Jam web series. Part of her Kia Sol Empowered promo tour, Ms. Cann has visited New York City; Norfolk, VA and Raleigh, NC this far. Of course, if you’re going to stop in the Carolinas, you have to pay a visit to the Rap Rolley Forbes, Phonte. The GRAMMY-nominated singer, songwriter, rapper, podcaster, actor and SoulBounce fam was more than happy to ride shotgun in Chantae’s Kia Soul Turbo. In addition, the singers were joined by musician Josh Foster to give the fourth episode of the series a little extra thump from the backseat.

For their Kia Soul Jam session, the two sing a delightful duet version of the Michael Jackson classic “I Can’t Help It” with an assist on percussion by Foster. Tay led off the song by singing the first verse before Chantae joined in on the chorus and took care of the second verse. Of course, it goes without saying that the dynamic duo freaked it with their vocals, ad-libs and finger snaps.

Ms. Cann is gearing up to wow audiences at shows in Los Angeles, New Orleans at Essence Festival, London and more in the coming weeks. To keep up with Ms. Cann’s happenings and whereabouts on tour and beyond, check her website. In the meantime, hit play below and get into this unofficial, but so official, jam session.