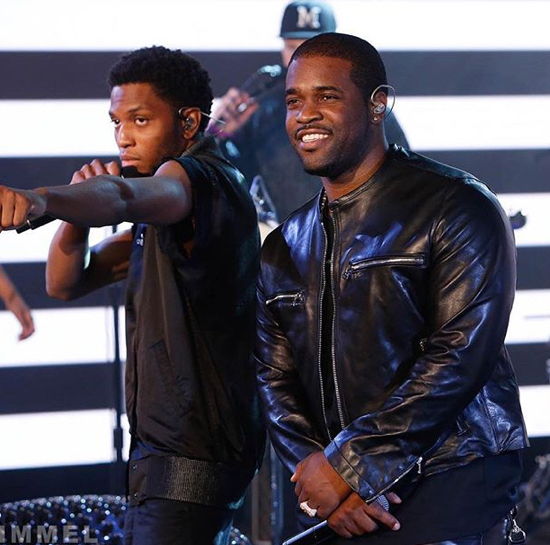 Singer Gallant brought his electrifying performance to the Jimmy Kimmel Live! stage where he was joined by rapper A$AP Ferg for a reworked version of his latest single, "Doesn't Matter."

Things kicked off with a black leather-clad Ferg, whose added verse ramped things up on the atmospheric bop. As he smoothly ran through his lines, Gallant sat just off center with his back to the audience. His energy was barely contained as his ad-libs echoed through the air. When it was finally his turn in the spotlight, he dove right in, jerking and zipping across small space in his signature style. He stayed true to the vocal stylings that his fans have come to know and love, alternating between his tenuous falsetto and full-bodied tenor. Gallant's backing singers and band served to round out the exciting visit.

The stop at Jimmy Kimmel Live! is just the latest in surprise moves coming from the mysterious artist. Although he has yet to announce a follow-up to his 2016 studio debut Ology, he has surprised fans with two singles in as many months with "Gentleman" and the original version of "Doesn't Matter," in addition to announcing his upcoming Too Good To Be Tour. While we patiently wait for the big news to break, check out Gallant and Ferg's light-hearted live performance.