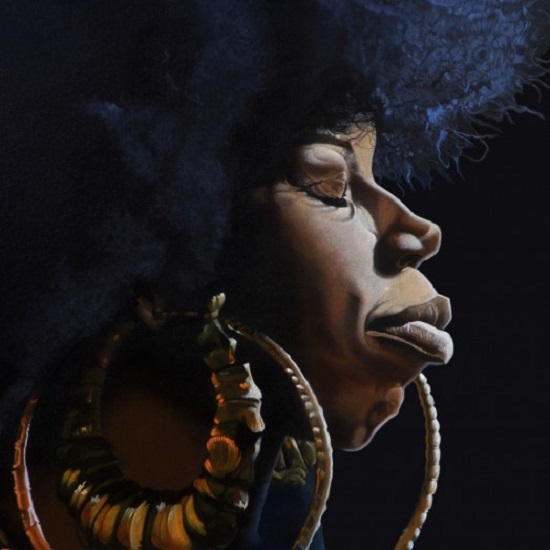 Georgia Anne Muldrow has consistently been of the most innovative artists in soul and R&B since the early 2000s. When it was announced earlier this year that she had signed to Flying Lotus' Brainfeeder label — home to the likes of Thundercat, Taylor McFerrin and FlyLo himself — it seemed like an obvious perfect fit. Now we're finally getting our first listen to her debut single for the label, "Overload."

"Overload" finds Georgia musing on love with a bouncy sound that's a bit different than the funky, spacy sounds that she's been known to tap into over the years. Georgia opts for a bit more digital sound, with a jazzy electronic melody acting as the anchor of the track. With programmed drums, including the skittering hi-hats that seem to be everywhere in musing these days, and a few more elements, Georgia offers a tale of a love that has grown into something she can trust and depend on. "Overload, in overdrive / I'm overwhelmed," she sings on the chorus before revealing "I've got that lifetime trust just in you." She furthers the idea on the verse, calling her lover her "shelter on a rainy day" and reminds that she'll keep the faith as long as he stays loyal to her.

While it hasn't been officially reported that we're getting a new Georgia Anne Muldrow album just yet, we think that that this new single is a good sign that something's coming. Either way, we're not going to take new music from the gifted Miss Muldrow for granted. Take a listen to "Overload" below.