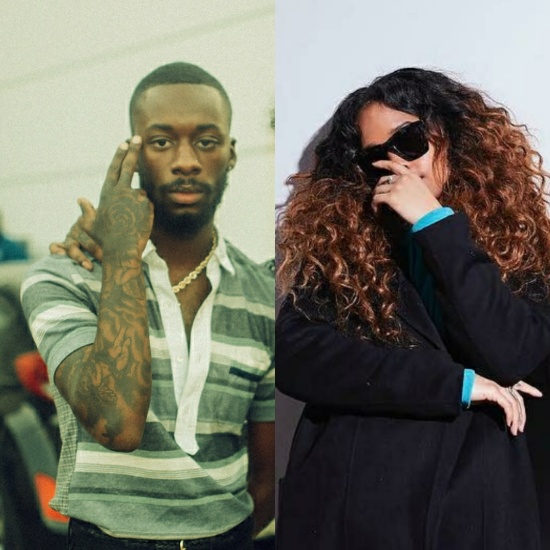 GoldLink is quickly becoming the collaboration king. While the streets are still buzzing from his stellar duets with Tom Misch, Christina Aguilera and Miguel, he keeps the momentum going with his latest link up on “I Can Feel It.” The GRAMMY-nominated sing-songy rapper joined another highly sought-after artist H.E.R. in the studio to create a head nod-worthy track that is both inspirational and infectious. The tune begins with stirring piano chords and soulful background vocals reminiscent of a Sunday gospel choir. Just as the listener begins to break into a subtle sway, the beat drops and GoldLink effortlessly flows over the heavy percussion telling a tale of hoop dreams: “Lil shorty, shorty he from the hood, right / All he wanna do is get some respect from the homies that came before him / He either gon bust his Mac-11 or try to be Kyrie Irving.” H.E.R. doesn't appear until the bridge, but she makes her presence felt as she replaces the choir and sings the chorus, sounding like the star soloist she is.

"I Can Feel It" is featured on the soundtrack for the movie Uncle Drew, which will hit theaters on June 29th. The film stars NBA player Kyrie Irving who plays the title character Uncle Drew, a former basketball legend at Harlem’s Rucker Park. In his old age, Uncle Drew and his former squad return to the court one last time to prove that they’ve still got skills. Irving is also featured on the film's soundtrack, which includes A$AP Ferg, Khalid, 2 Chainz, Nao and Dipset among others.

Give GoldLink’s “I Can Feel It” featuring H.E.R. a spin below for some much-needed motivation and good music. For more flavor in your ears, be sure to check out the star-studded Uncle Drew soundtrack, which is available now for streaming on all digital platforms. For more GoldLink, peep his website for tour dates as he is set to stay booked and busy well into the fall with dates throughout the U.S. and Europe.