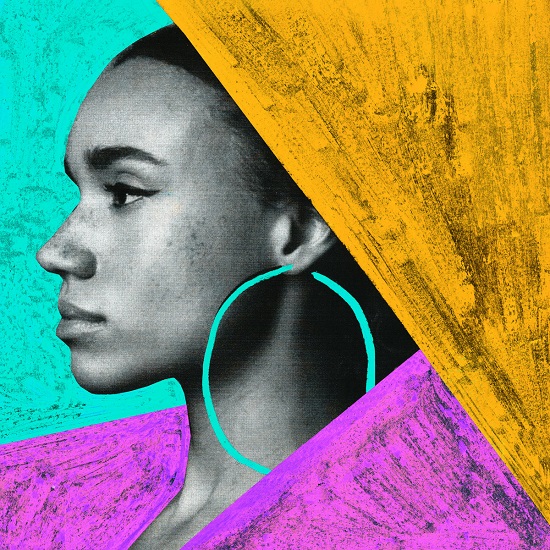 Flowers weren't the only beautiful creations that emerged this past spring. Bounce-Worthy singer/songwriter JONES surprised fans with a new project called London, the first in a trilogy EP series about her favorite cities. The impressive, acoustic set was named after her hometown, but plays out as more of a relationship diary rather than a straightforward tribute. She adopts a similar approach for the second installment of the series, New York.

In a statement, JONES explains why she chose to pay tribute to the iconic city: "New York has always felt like a home away from home, having always been a dream to visit it was one of the first places I played a major show outside of the UK – this cemented in it my heart, making it a truly significant part of my musical journey. Walking through its streets always filled me with so many questions while at the same time energizing me with hope – this is the feeling that I wanted to emulate through the lead song ‘Silver Screen.’ When I listen back to it I feel like I am back on those inquisitive streets."

On album opener "Silver Screen," the only track to feature a full band, the singer becomes wistful as she laments about her relationship woes – wishing instead that she could experience a perfect romance, the way it plays out in the movies. Of course, reality isn't quite so neat and tidy, but things get better as she sings "Can't get enough or get too much of your love," on the sweet serenade, "Waterfalls." Ironically, the piano-driven arrangement was musically inspired by Alicia Keys’ "Empire State of Mind (Part II) Broken Down." Supported by acoustic guitar and crisp finger snaps, JONES picks up the pace, embraces her inner-New Yorker and gets no-nonsense about her expectations on "If You're Gonna Love Somebody." The brief collection ends with "Worst Nightmare," a wickedly delightful romp that finds the singer tapping into her saucy side, singing, "Now I got you hooked on me / You took the bait so easily / I can see you're catching feelings / 'Cause now you buy me flowers, babe / I'm playing you at your own game." Alright now!

Like London, New York comes with lo-fi visuals by director Ciarán Wood. "Silver Screen" features close-up shots of the beautiful singer mixed with nostalgic footage of The City That Never Sleeps. Watch the clip below and pick up your copy New York via your favorite digital retailer. Speaking of The Big Apple, JONES will celebrate the EP release with an intimate acoustic set tomorrow, June 27th, at NYC's Rockwood Music Hall. Check her website for ticket info and additional details.