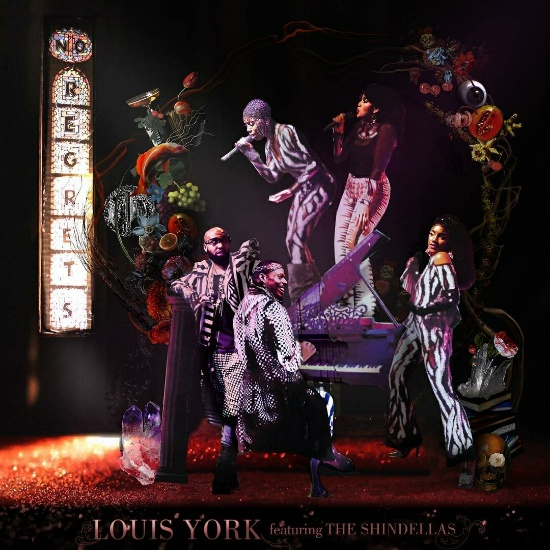 Multiple GRAMMY Award-nominated songwriting and production duo Claude Kelly and Chuck Harmony, collectively known as Louis York, mark their return with a vibrant new single featuring The Shindellas entitled “No Regrets.” The energetic track is full of '80s goodness and serves as a reminder to live in the moment. Embedded in the catchy melody is a carefree memo to, “Have fun with no regrets / Make love, ignore the risk.” In a world filled with prompts to conform to some seemingly arbitrary standard, where those who don’t are deemed as outcasts, this “free to be” anthem challenges this sentiment and notes living your truth as “the best revenge.”

The creative collaborative describes their latest release as “a reminder to fight all of the extreme fear, negativity, bigotry, hatred and confusion with your strongest weapon…extreme love.” They say, “In time of darkness and confusion, it may seem easier to hide, but remember, light is the best antidote for darkness. So love deeper, dress brighter, sing louder, think clear and live on purpose-live life YOUR WAY.” It's a powerful statement, although not unexpected from a duo with a track record for using their art to urge listeners to think and live unapologetically. These days, when every type of discriminatory –ism and –phobia seem to reign supreme, their poignant and positive message couldn’t be more timely.

Give Louis York’s “No Regrets” featuring The Shindellas a spin below, and be prepared for a vicious and involuntary side-to-side bop to go with it.  The dynamic duo is expected to release their long-awaited debut album, Deep Fried Veggies, later this year, and "No Regrets" will be included for everyone to bop along to.