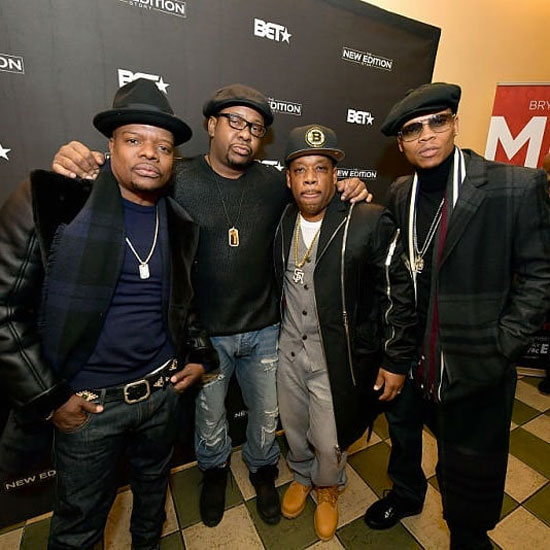 When we first heard that Ronnie DeVoe, Bobby Brown, Ricky Bell and Michael Bivins had formed a new group named RBRM and were going out on tour this summer sans their New Edition comrades Ralph Tresvant and Johnny Gill, like many lifelong stans we were a little dismayed. That is until we recently attended their performance at the historic Detroit riverfront amphitheater Chene Park, and the fellas put any and all fears to rest. Incorporating hit after hit from New Edition, Bobby Brown and Bell Biv Devoe's catalogs into their repertoire, the quartet showed up and showed out.

Opening act Silk set the tone for the evening with their set that included “Happy Days,” “Lose Control” and “Meeting in My Bedroom.” They ended their show with the Keith Sweat-written and -produced Billboard chart-topper “Freak Me.” The sexy anthem gets the crowd hot and bothered every time, and this outing was no exception. As the ad-libs and body rolls ended and the final chords played, the crowd was ready for the RBRM party to get started.

After speculating about what the new group would sing without their two signature vocalists, the wait was soon over. Backed by a coed group of dancers and background vocalists, the RBRM dancerie kicked off with the King of R&B himself singing “My Prerogative” backed by Ronnie, Ricky and Mike. The vocals and choreography were spot on with gyrations, pelvic thrusts and fancy footwork aplenty.

The throwback jam session continued with BBD hits “Poison” and “Do Me Baby” and Brown performing “That’s The Way Love Is” and crooning “Tenderoni.” All this fabulousness was peppered with NE classics “Cool It Now,” “Mr. Telephone Man” and snippets of “Can You Stand The Rain.” Ricky belted out the soul-stirring query “When Will I See You Smile Again” that had everyone at Chene Park in their feels. King Bobby jolted us out of our melancholy lovestruck mood with a high-energy version of his smash “Every Little Step.”

If you’re waxing nostalgic and jonesing for a dose of ‘80s and ‘90s R&B from some of the best to ever do it, be sure to catch RBRM with DJ Kid Capri when they come to your town. Detroit Bouncers can expect more hotness onstage at Chene Park throughout this summer with their blockbuster line-up. Visit the Chene Park website to view the schedule and purchase tickets.