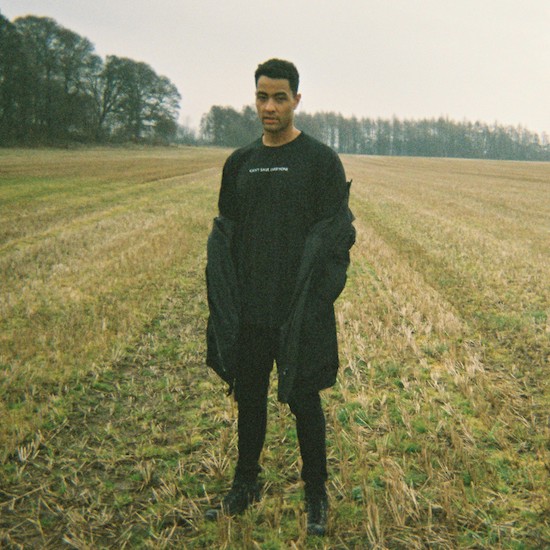 One of the things we say often here at SBHQ is that soul music knows no geographical bounds. From the savannahs of the Motherland to the shores of Japan and even the coldest parts of Europe, we've witnessed soul blossom and even flourish from the most unexpected places. One of those places is Scotland, where up-and-coming singer-songwriter Joell hails from. He's preparing to show was he's got with his upcoming three-song EP IGNORANCE, which is set to drop later this month. Ahead of that release, he's allowing us to give you guys a first listen with his song "Liquor."

"Liquor" reveals Joell's unique musical take, which incorporates hip-hop, R&B, trap and even elements of house to create a sound reminiscent of the current direction R&B is taking but at the same time propelling it forward. The track finds him battling against the rut of living a commonplace life. However, it seems that rather than deal with his problems, Joell seems content in drowning his sorrows in the bottle. "Leave me with my liquor, baby," he sings repeatedly on the chorus. Meanwhile, he lets us know that he realizes the self-destruction he's inflicting by his behavior, illustrating the cycle that one can perpetuate while enduring the malaise of youth.

“["Liquor"]'s the first track I ever made in the studio two years ago," Joell said while speaking about the song and its inspiration. "It’s the first time I’d ever sang properly. It’s really just about my hate for a mundane life. Waking up every day in a routine dead-end job, having a girlfriend that loves me but I ruin the relationship with partying [and] debauchery and [it] entails some of my life experiences so far. Probably the same first world problems for every young person in today’s society, which is sad but it’s all we seem to care about. It’s a conjuring of modern R&B and hip-hop with a touch of house. We got lost in the beat and danced to it for hours on repeat and it’s [given] me the motivation, mentality and drive to take music seriously and really make this work. Nobody ever takes Scotland seriously.”

With such a strong first impression, we doubt Scotland not being taken seriously will last much longer. Take a listen to Joell's "Liquor" right here and look out for the arrival of IGNORANCE on June 29th. To keep up with Joell until then, be sure to follow him on Facebook, Twitter, Instagram, SoundCloud and, of course, his website.