SoulBounce Exclusive: Sean Gast Kicks Back At A ‘Party In The Hills’ 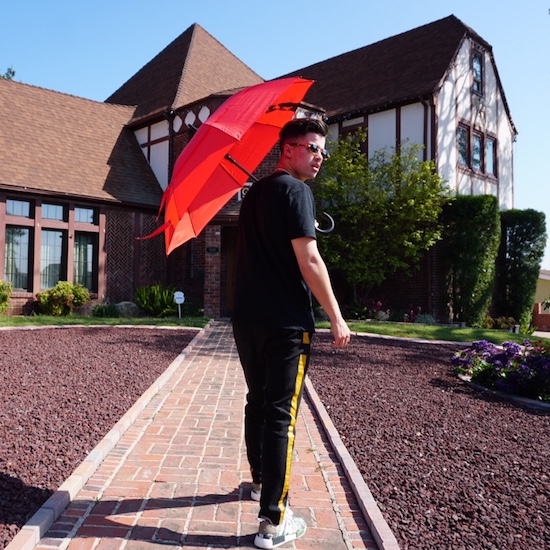 Up-and-coming singer/songwriter/dancer Sean Gast has his sights set on following in the footsteps of male R&B superstars Usher and Chris Brown. That's an ambitious goal, but he's determined to make waves in R&B with his unique take on the genre that incorporates a little "R&E" – Rhythm & Español. You can hear some tropical vibes on his new single "Party In The Hills," which was produced by Cassius Clay. The song has a bit of island flavor thanks to a steel drum that is heard throughout as Gast sings about hanging at a party in the hills with an old friend who's back in town from college.

For the music video, Sean and director Manuel Renteria quite literally take viewers to a party located in the hills of Southern California. Shot on location at the palatial estate of legendary hockey player Teemu Selänne, we watch Gast and his and friends gather together for a kickback. There are all the hallmarks of a good time present, including liquor, red cups and a few young ladies jumping into a pool fully clothed. While all that is going on, Sean is seen romancing and singing to the cutie he came with.

Press play below to watch SoulBounce's exclusive world premiere of the "Party In The Hills" visual, and stay tuned for more from the budding talent. "Pay attention, we only getting started," the 20-year-old confidently assures as he preps for the release of his album Good Company later this year. Learn more about Sean Gast via his official website, Facebook, Twitter and Instagram.