Teyana Taylor Keeps Up The R&B Energy On ‘K.T.S.E.’ 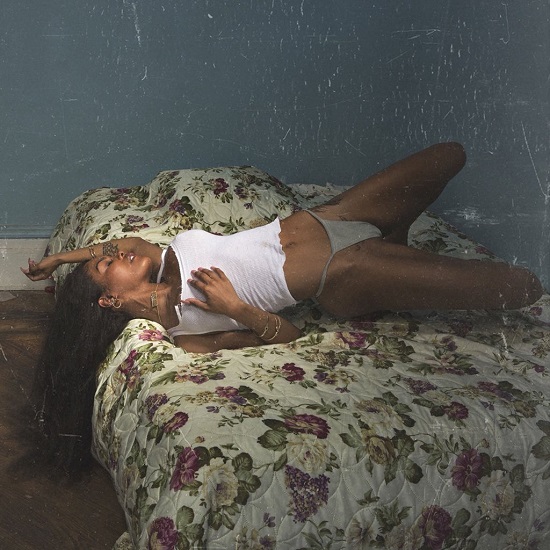 Way back in 2014, Teyana Taylor dropped her long-awaited debut set VII. It had its fair share of joints but, despite its quality, it was criminally slept on by the public. In the years since though, Teyana's star has only risen thanks to her outspoken personality, her beautiful family and an extra hit of exposure thanks to Kanye West's "FADE" video. Now Teyana is back with her sophomore set K.T.S.E. — which stands for Keep That Same Energy — which is the last in a flood of Kanye-produced albums that have dropped this month.

Being that this is a Kanye production, sample-heavy production is expected and that's exactly what we get. Almost every song features a prominent sample, reminding us of the "chipmunk soul" of the early aughts. However, Teyana still keeps it Harlem as she delves into her romantic side for most of the set's eight tracks. While opening track "No Manners" is mostly an intro, she really gets into things with "Gonna Love Me," where she sings sweetly about making things work over acoustic guitar strains and a '90s hip-hop beat. She keeps it up with "Issues/Hold On," which finds her further going into the issues that come with marriage while begging to hold on the love that she holds near and dear.

"Hurry" is probably what many would consider to be the most single-worthy song on the bunch. On it, Teyana borrows a bit of the melody from "Murder She Wrote" to create a playful and flirty jam. Even an uninspired rap from Yeezy doesn't dull the song's fun. After that, she dives further into carnal pleasure with the slow, suggestive track "3Way" and reps for her birthplace with "Rose In Harlem." Before riding off into the sunset, she offers a sweet dedication to those who have supported her with "Never Would Have Made It." She then brings everything to a close with "WTP," a jam aimed at the ballroom scene. With a musical backdrop sounded like it was snatched straight from Paris Is Burning, Teyana makes a request that her beau put (a certain part of) her body to work.

K.T.S.E. isn't necessarily what we would've imaged as a follow up to VII, especially since its short-length doesn't give us a lot of time to spend with Teyana. That being said, it is an interesting listen and gives us a brief fix for the singer's work. Here's hoping we get a little bit more the next time around.


TAGS:  audio, kanye west, teyana taylor
Previous: Trevor Jackson Is A Man On A Mission In ‘Good Enough’ Next: Tiffany Evans Reminds Us That ‘Money Ain’t Everything’