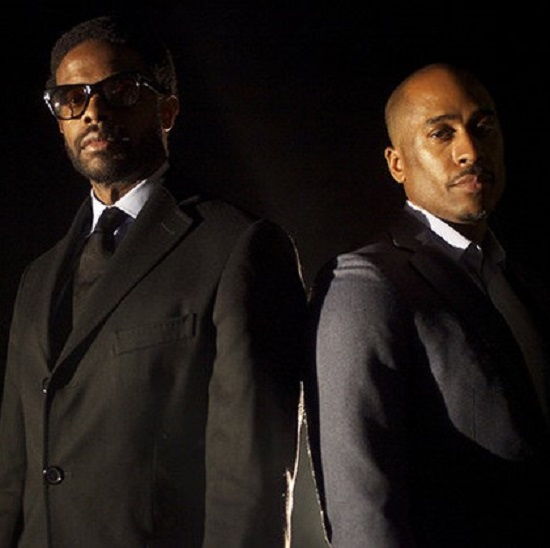 Just a few weeks ago, Adrian Younge and Ali Shaheed Muhammad officially introduced us to their collaborative alias The Midnight Hour and revealed plans for a forthcoming debut album. On its own, the announcement was enough to pique the curiosity of hip-hop heads and jazz aficionados across the globe. Still, the duo generously shared the project's CeeLo Green-featuring lead single, "Questions," an irresistibly cool groove. As if that wasn't enough to keep us buzzing for weeks, they've released two more songs – "Black Beacon" and "So Amazing" – essentially sealing our commitment to purchase The Midnight Hour when it drops on June 8th.

Orchestral jazz suite "Black Beacon" draws inspiration from the cinematic soul that scored classic Blaxploitation films of the seventies. And while it would feel right at home alongside the duo's compositions for Netflix's Luke Cage series, the track has much deeper meaning than mere entertainment. In a recent press statement, TMH explained, "'Black Beacon,' is a call to action for our brothers and sisters to unite against police brutality, inequality and social injustice. Like our jazz forefathers of the civil rights movement, we’re using our horns for unity." Right on, brothas!

Showcasing the versatility of their musical genius, Younge and Muhammad surprise and woo us with a jazzy flip of Luther Vandross' timeless love song, "So Amazing." With permission from the Vandross estate, they used Luther's original vocal stems and composed new music, as if the late singer was in the room with them. Piano, strings and percussion delicately dominate the fluid arrangement, creating a romantic vibe that not only pays respect to the original but allows Luther's charismatic vocals to shine more brilliantly than before. The end result is, in a word, amazing.

Preview both songs below and pre-order The Midnight Hour ahead of its release this Friday. Also be on the lookout for their upcoming soundtrack for season 2 of Luke Cage, which premieres June 22nd on Netflix.