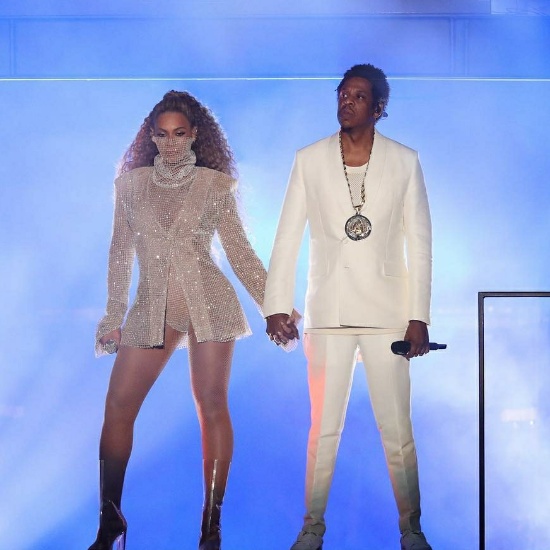 Ever since their birth last year, the world has been trying to get a glimpse of Sir and Rumi Carter, the twins of Beyoncé and JAY-Z. However, the way Bey's secrecy game is set up, we haven't gotten so much as a peek at their baby hair outside of the initial photo of them at one-month-old. That is until now. At the kickoff of their On The Run II joint tour, the couple worked images of their growing love story into the show, including the first pics of the adorable infants. In one segment of the show, a picture of each star holding the two twins in their arms while staring into the camera appeared on the big screens on stage. While each pic is styled to be edgy and artsy, we can't help but be enthralled by how adorable the little ones are. #TooCute