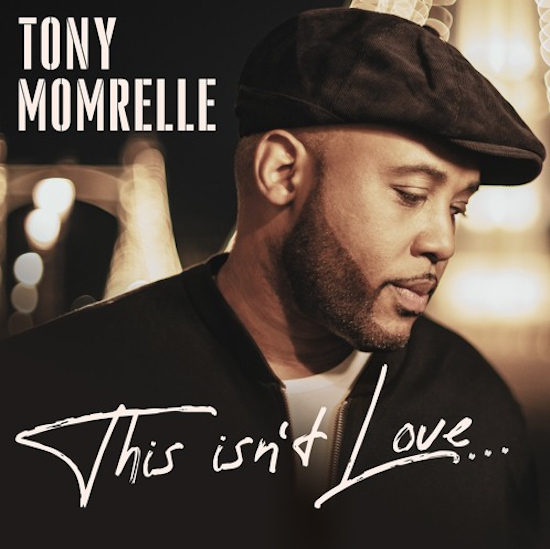 It's been a minute since we last heard from singer Tony Momrelle. While the Brit has stayed busy touring and performing, he's been keeping us patiently waiting for new music. Well, now we'll have to wait no more as he has finally dropped something new and noteworthy in the form of his current single, "This Isn't Love."

On his latest solo outing, Momrelle does what he does best by capturing the highs and lows of love. "This Isn't Love" finds him accepting the realization that a relationship has run its course. It seems that the writing has been on the wall for quite some time, however, as we all know, walking away is easier said than done. "People tell me you're nothing but a faker, still find myself holding to the promise of you / A good for nothing heartbreaker, keeping me confused," he sings passionately.

While the subject matter is less than joyous, Momrelle's delivery signals a break for freedom that lets you know that ultimately, this is the best decision for him. Written by himself, Ben Jones and Daniel Bingham, the song's dance vibe turns this otherwise somber realization into a celebration of sorts in which the demise of this relationship will likely open the door for true happiness. "This Isn't Love" comes with a radio edit, along with remixes by Reel People and BusCrates. Each version is just as joyous as the other, possessing the ability to get fans to the dance floor just in time for the summer.

"This Isn't Love" is the first single coming from Momrelle's upcoming album, which is set to be delivered in March 2019. As he puts the finishing touches on the follow-up to 2015's Keep Pushing, fans in Europe will still be able to catch him when he hits the stage in Russia, Italy, Latvia, Scotland and Luxembourg. For more information about the dates and where to catch him next, check out his website for deets. "This Isn't Love" will officially be available on various streaming platforms on July 13th.