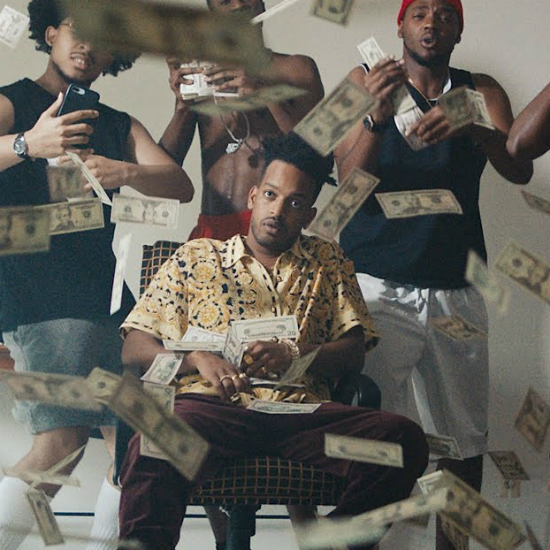 Bounce-Worthy artist Berhana got a buzz from the release of his 2016 self-titled EP. Largely on the strength of the single “Janet,” many people were introduced to the L.A.-native's talent. However, what they didn’t see was the experiences of the emerging star behind the scenes as he learned the lesson of being careful what you wish for. He reflects on these life lessons on his new single “Wildin’.” "There's a lot of things around success that can distract you, and you forget what it is you're even doing this for," the singer said about the inspiration behind the track.

“Wildin’” is a somber, reflective song about fame. Over Pomo’s production of guitar licks, synths and deep bass, Berhana goes through the motions of getting his money right but realizing his life ain’t right. Like the dark side to Anderson .Paak’s single “Bubbilin’,” Berhana paints a pensive, skeptical picture in contrast to .Paak’s carefree one. The video is an even starker contrast.

Directed by Sam Guest, the visual for “Wildin’” finds Berhana struggling with enjoying fame. The clip starts with Berhana, looking worse for wear, getting a haircut as light flickers in the darkness. After a quick montage of home video footage, we see him performing in the conference room of a record label for a bunch of executives with smartphones. The clip then transitions to scenes of Berhana living superstar life, with money, women, cars and haters lurking at each turn. However, beyond performing, the clip looks as if life is happening around our hero instead of him truly engaging in his surroundings. Before the video ends, we see that the story isn’t all happy-go-lucky as the star’s worst fears catch up with him. The clip ends with Berhana, getting his signature long locs chopped and staring into the camera.

“Wildin’” is the first single from Berhana’s upcoming untitled project. Hit play on the audio and video and let us know if you’re feeling his cautionary tale.


TAGS:  Anderson Paak, audio, Berhana, Pomo, sam guest
Previous: DRAM Keeps It Fun & Funky On Surprise Summer EP ‘That’s A Girls Name’ Next: The Internet Is All About The Funk On ‘Hive Mind’