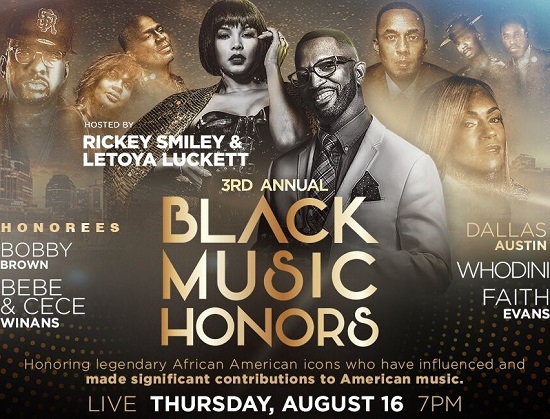 Black Music Honors is an annual event that recognizes artists and musicians who have influenced and made significant contributions to American music. Now in its third year, the celebration will take place in Nashville, with Rickey Smiley and LeToya Luckett returning as hosts. Past honorees include Jimmy Jam & Terry Lewis, The Jacksons, Jody Watley, Guy, Big Daddy Kane, Slick Rick, Shirley Caesar, Donnie McClurkin and Dionne Warwick – and this year's honorees are just as noteworthy.

Who better to receive the R&B Soul Music Icon Award than "The Original R&B King," Bobby Brown. With 40 years in the biz (and counting) and a sizable catalog of R&B gems, this recognition is well-deserved. Our girl Faith Evans raised more than a few eyebrows with the revelation of her recent marriage to Stevie J. But now we can raise our glasses instead as we toast the R&B diva's Urban Music Icon Award. The Hip Hop Icon Award goes to rap trailblazers Whodini, the Brooklyn trio who took the world by storm with their innovative sound and storytelling skills. As a music producer, hitmaker Dallas Austin – recipient of the Music Innovator Icon Award – has worked with everyone from Michael Jackson to Björk and helped artists like TLC, Monica, Gwen Stefani and Madonna reach the top of the charts. The Gospel Music Icon Award will be bestowed upon co-honorees Bebe & Cece Winans. The uplifting sibling duo has kept a praise on our lips, using their amazing voices to bless us with inspirational songs for over 30 years.

Presented by Chicago-based production company Central City Productions, this ceremony will be taped live at the Tennessee Performing Arts Center on August 16th. Tickets are currently on sale with proceeds benefiting the (long overdue) 2019 opening of the National Museum of African American Music. The televised broadcast is set to air in syndication during the month of September, so be sure to visit the Black Music Honors website and check your local listings for details. 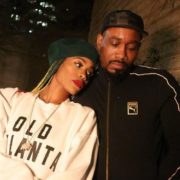 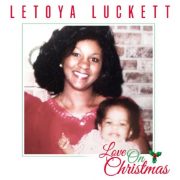