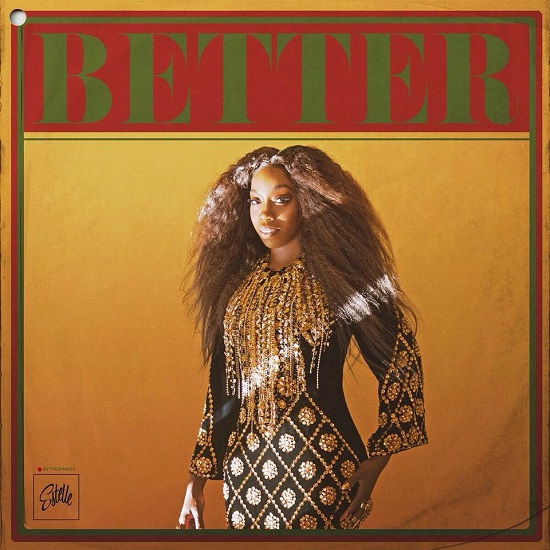 Over a year ago, singer Estelle teased an upcoming reggae album with her Tarrus Riley-featuring single "Love Like Ours." However, we've heard nothing else from the "American Boy" singer for quite some time. That is, until now. The songstress is back after lying low for a while and she's returning with new music in the form of romantic single "Better."

She's tapped in-demand producer Harmony Samuels to create the musical backdrop for the track. He creates a hypnotic, island-tinged vibe utilizing a deep synth bass and mesmerizing chords, surprisingly omitting drums from almost the entire track. This allows Estelle to play lovestruck as she sings of a love that keeps her on tippy-toes as she anticipates what comes next. In fact, it's so good that it has her referencing love songs of years past, including "Tell Me" by Dru Hill — whom she namechecks — and "No One In The World" by Anita Baker. While she's wrapped up in amping up the romantic feel, she doesn't leave out those who want to move. Two-thirds into the song, the drums finally drop, switching things from love song to turn up in seconds before smoothing things back out again as the song fades out.

"Better" is set to be featured on Reggae Gold 2018: 25th Anniversary, the latest in the long-running series, and may even possibly be the lead-up to that reggae album we were promised more than a year ago. Estelle also shot a Denzel Williams-directed video for the track, which is an Apple Music exclusive for now. Those that subscribe to the service can peep the clip by following this link. For the rest, you can stream Estelle's latest via Spotify and get a short preview of the video below.


TAGS:  anita baker, audio, Denzel Williams, dru hill, estelle, Harmony Samuels, Tarrus Riley
Previous: The Internet Aren’t About To Let Anyone Kill Their Vibe On ‘La Di Da’ Next: Tinashe Works Out Her Relationship Issues On ‘Like I Used To’