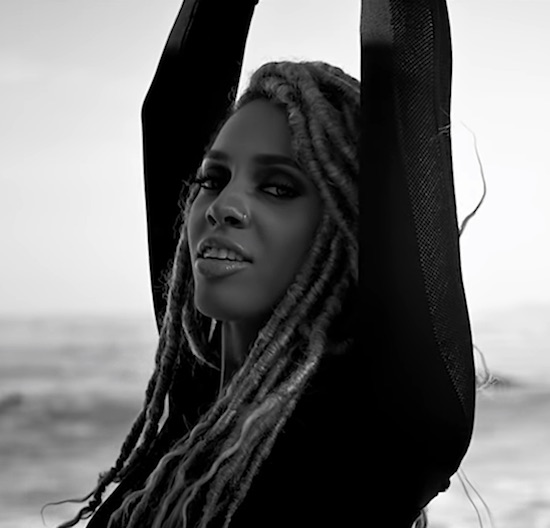 After months of teasing us with her heavenly music, Jade Novah finally blesses fans with her full-length debut album, All Blue, which hit digital stores and streaming outlets today via Let There Be Art/EMPIRE Records.

It's no surprise that much of the 14-track album deals with love and other matters of the heart considering that Novah's husband, Devin Johnson, serves as the project's executive producer and as her longtime collaborator. She took to Facebook to celebrate the album's release, describing it as including "everything from ethereal trap to '90s R&B feels." Her description couldn't be more accurate as ballads like "Try" and "Bulletproof" featuring Kevin Ross, are in the vein of the classic big ballads from back in the day. Meanwhile, "Woke" provides the slinky sex appeal often found in music from the same era.

She picks up the pace a bit on songs like "The End" and "Intuition," the latter serving as the third single released from the album.  The black-and-white music video for the track features the singer on the beach where she floats above the drama. She displays a bit of those ethereal trap sensibilities as she alternates between singing and rapping lyrics like "I'm on another dimension / People like you we don't mention" with just the right amount of swag to pull it off.

"Intuition" comes as the follow-up to the album's previously released singles like "All Blue" and "Next to You." She describes the project as a longtime in the making complete with detours and setbacks. Take a look at the visuals for "Intuition" below and be sure to check out Novah's long-awaited debut, All Blue, currently available for purchase on Amazon, iTunes and Google Play.