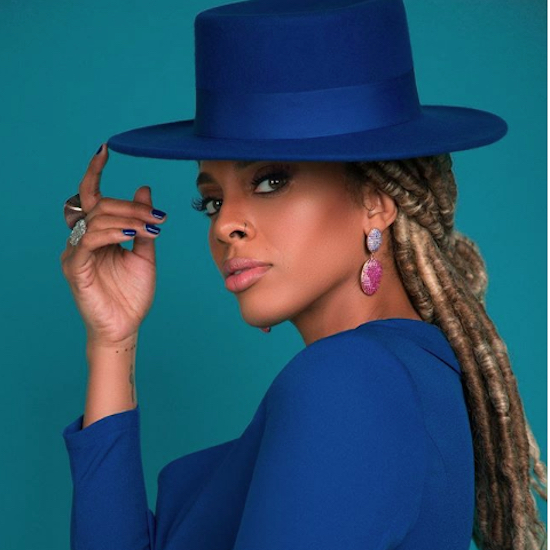 When Jade Novah first hit the music scene, she was best known for her sugary sweet takes on hits by artists like Jidenna, Ed Sheeran, Bruno Mars and Kendrick Lamar. However, in recent months, the singer/songwriter/comedian/actress has quietly been showing and proving that she's even better when it comes to her own original music. Singles like "All Blue" have kept the anticipation for her debut album of the same name high as fans await its July 13th release. With only a week left to wait, she keeps that momentum going with the lyric video for her latest single, "Next to You."

The clip takes viewers on an extraterrestrial journey as the lyrics float and zoom across a star-filled backdrop. Even though it is only a lyric video, it stays in line with Novah's underlying cosmic theme, as indicated by her stage name, her album's back cover and even within the tracklisting. The song itself is a sweet ode to spending time with her man. Novah's voice rides the mid-tempo groove, alternating between delicate and powerful.

With just a few days left before the release of her long-awaited debut, Novah will be heading to New Orleans to perform before ESSENCE Festival attendees this weekend. Fans will get a chance to see her twice with the singer inviting anyone in town to join her for a second line on Friday, July 6th and a live-performance on Saturday, July 7th. She'll then head back to L.A., where she'll celebrate her album's release. All Blue is currently available for pre-order on all digital platforms.


TAGS:  audio, bruno mars", Ed Sheeran, Essence Festival", Jade Novah, Jidenna, kendrick lamar
Previous: Azealia Banks Offers To Take Us On A Pleasure Tour On ‘Treasure Island’ Next: This Week In SoulBounce: Will Smith Gets A Mural, Drake’s ‘Scorpion’ Is On Track For Sales Domination, Chance The Rapper Is Engaged & More