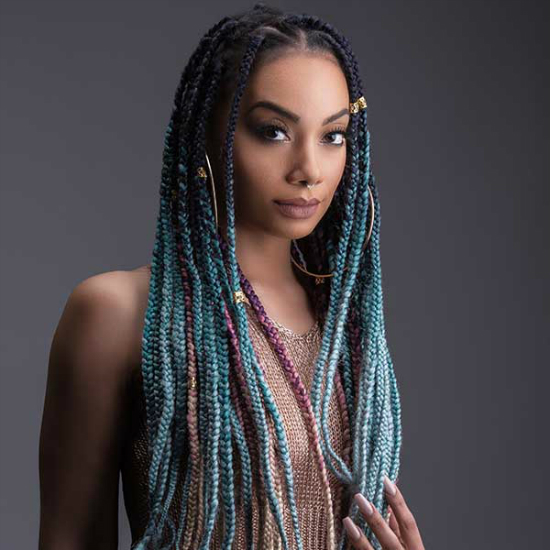 The summertime is the right time for family cookouts, catching up with old friends and chillaxing. Those warmer months are also the perfect time to fall in love. Whether the love lasts a lifetime or only for the season, there is just something about the headiness of finding a summer love. Singer Jessica Jolia captures the sentiment and then some on her latest single, the bouncy "Good Stuff."

For the uptempo number, she gets a bit of help from rising rapper J. Ali as she stakes her claim on the apple of her eye. Produced by Jon Rych and penned by Jolia and Ali, the song finds her running down the list of reasons she can't stay away. "I don't come to play games / I come to shut it down / Alley oop on you so you keep coming back around," she sings effortlessly. J. Ali aptly rides the beat, keeping up with the song's lively tempo and delivering his own verse about being sprung on his newly found summer love. Jolia then flexes her vocal range with ease, allowing her soprano to shine towards the end.

"Good Stuff" is the second single to come from the vocal powerhouse this year, serving as the follow up to "Noise," which dropped back in January. While we're always excited to get new music from this rising star, we'd be lying if we didn't say that we were still waiting with bated breath for the release of her debut full-length project. Up until last year, we were anticipating that project to be Hearts & Daggers, which was expected to drop last September before getting pushed back indefinitely. Whether that album will finally see the light of day or it has been shelved indefinitely is unclear; however, we do know that as long as Jolia keeps dropping gems like this sunny tune, fans will have no problem waiting a little bit longer for her album.