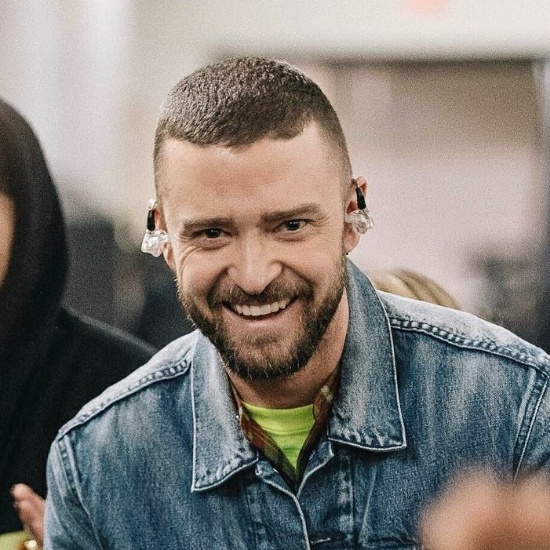 Depending on who you ask, Justin Timberlake is either on an inspired quest to reconnect with his musical roots or suffering from an identity crisis. Maybe both. Either way, his latest album Man of the Woods didn't quite generate the buzz that normally surrounds his musical output. Perhaps this is what prompted a recent studio collaboration with Nineteen85 and James Fauntleroy, resulting in a brand new single called "SoulMate."

Recorded and mixed just a week before he launched the European leg of his MOTW tour this past Tuesday, it seems JT is shooting his shot for Summer Fling Anthem of 2018. Over a background laced with bossa nova vibes, tropical rhythms and elemental synth chords, Justin makes it clear that he's not looking for anything long-term. Instead, he proposes, "I wanna be your soulmate for the night / Let me put my soul on you, it's only right / Let me pull you up out your body, into mine / Let me be your soulmate for the night." Considering the mega-sized talent in the booth for this track, it's unfortunate that it sounds like a leftover song from his earlier albums – almost an overcorrection, as it were, for the missteps on Man of the Woods. It's not horrible, but it might be something worse: forgettable.

We're guessing this isn't the only track created during these "Bahamas Sessions," so hopefully the next release will be worth the wait. In the meantime, add "SoulMate" to your summer playlist and let us know if you're feeling it or if it's another "swing and a miss" for the Tennessee Kid.


TAGS:  audio, James Fauntleroy, justin timberlake, Nineteen85
Previous: DJ Jazzy Jeff & Mick Are Back With ‘Vol. 9’ Of Their ‘Summertime’ Soundtrack Next: Ella Mai Gets ‘Boo’d Up’ With Quavo & Nicki Minaj For A Remix