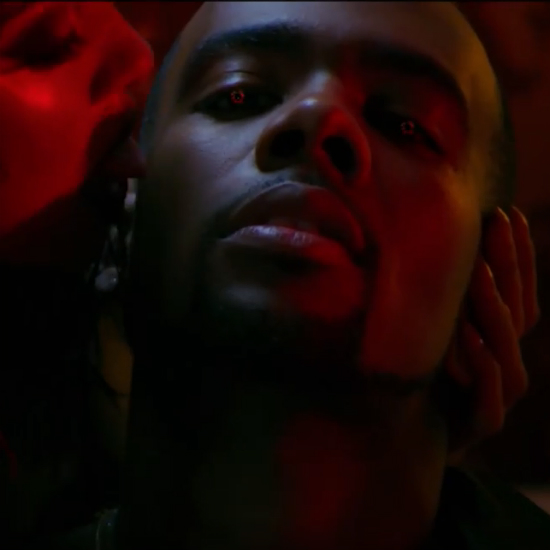 Singer/songwriter and former contestant on Dancing With the Stars, Mario is a household name. Known for past hits like "Let Me Love You" and “Braid My Hair,” he was a fixture on the R&B charts. However, it’s been nine years since the artist released an album. But that's not for lack of trying. Now Mario is trying again with his fifth studio album on the horizon, and the 31-year-old former teen heartthrob is aiming to win hearts and minds once again with the project's first single, “Drowning.”

“Drowning” is a sultry, pulsating synth-heavy slow jam that finds our leading man struggling between having multiple women in his life. “Her tears won’t stop falling and your body keeps calling,” he cries. It’s a story we’ve heard often in R&B. He feels guilty for his actions but seems to be drowning his sorrows, so to speak, in the arms of another woman. Will he continue to be a player, or will he man up? Mario doesn't come to a resolution over the course of the song, but with his emotive singing and provocative lyrics ("I never thought I'd be in between her legs / While I'm still thinking bout you," for example), he makes sure we feel his dilemma.

Hitting us with a one-two punch, Mario has also released a visually engaging video to accompany "Drowning." In the clip, we see a couple of dramatic vignettes of the star struggling with choosing between love or lust. We see him sitting on the floor in a bathroom as a bathtub overflows, being seduced by one of the many women on his bench, breaking his main chick's heart, driving in the rain and, of course, with his shirt open laying across a bed. All the while he's struggling between his almost identical co-stars. While the video doesn’t quite live up to the drama of the lyrics, the visuals do hold your attention.

“Drowning” is the latest single from Mario’s upcoming fifth studio album, now entitled Dancing Shadows. We previously heard rumblings of the singer’s triumphant return in 2017 with the release of “Pain is the New Pleasure” and “For Love,” from his previously announced project, Cosmo 17. Before that, he released the track, “I Need More” in anticipation of the album Paradise Cove. Explaining all the changes and what not, Mario stated, "We changed the name of it. Making an album is like giving birth to something. You go through different names and different vibes." We’re not quite sure about the how, what or why, but it’s good to see the Baltimore-native still out here doing his thing and doing it well.


TAGS:  audio, mario
Previous: Kimbra & Snoop Dogg Are On ‘Top Of The World’ On Remix Next: This Week In SoulBounce: Faith Evans Ties The Knot With…Stevie J?!, Michelle Williams Checks Into Mental Health Facility, Azealia Banks Wilds Out Over ‘Wild ‘N Out’ & More