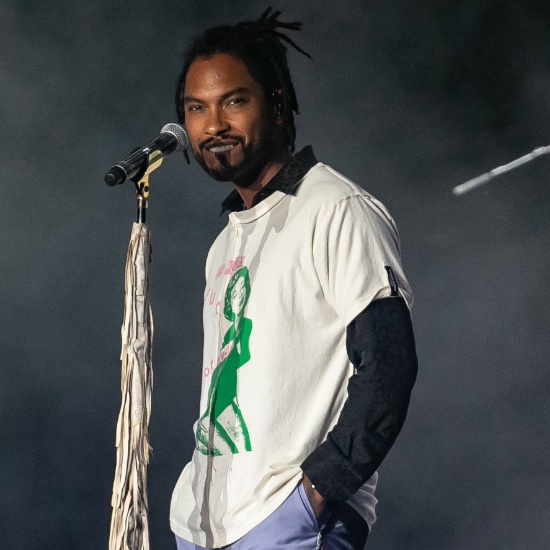 Even though his acclaimed fourth album War & Leisure easily found a home on our 2018 playlists, Miguel has spent the better part of the year heavily promoting the album with high-profile television appearances and killer festival sets. Throw in his soundtrack contributions (including a performance of Oscar-winning song "Remember Me" from Pixar's Coco) plus collaborations with artists like GoldLink, Kygo and Chicano Batman, and it's no wonder that all eyes are on him.

If you've ever seen the charismatic singer-songwriter perform, you know it's an unforgettable experience well worth the price of admission. For those fans who missed the chance to "Come Through and Chill" with the R&B crooner during The War & Leisure Tour earlier this year – or those who wouldn't mind catching him in concert once again – we've got some good news and bad news. The good news is that Miguel recently announced a new set of concerts, dubbed The Ascension Tour, slated to begin next month. The bad news is that tickets are going quickly, so you might wanna get on the good foot before it's too late.

Currently wrapping up his overseas journey with stops in Australia and Indonesia, Miguel will take a month off before launching the North American leg of The Ascension Tour in Boston on August 23rd. Canadian R&B duo dvsn will be on hand for each stop of the 26-date run, setting the mood and taking the crowd to Falsetto Heaven with Morning After hits like "Mood" and "P.O.V." Check the full schedule below and visit Miguel's website for ticket info. 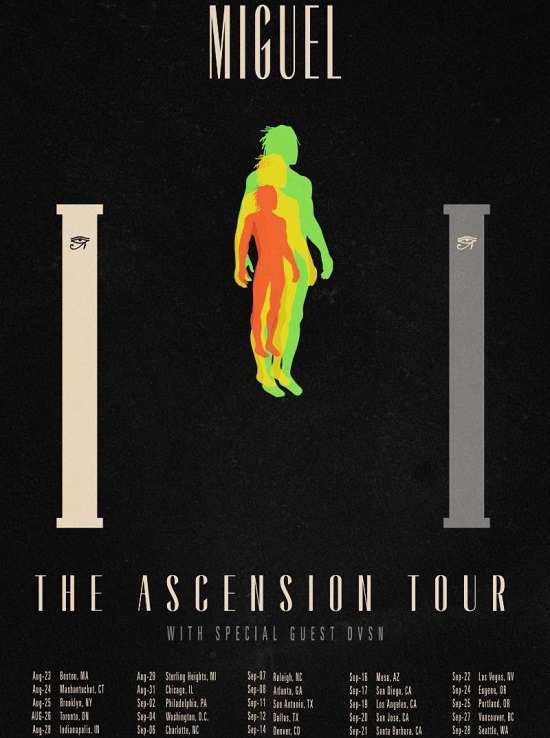