SoulBounce Exclusive: Aidan Carroll Kicks Back On ‘I Used To Party’ 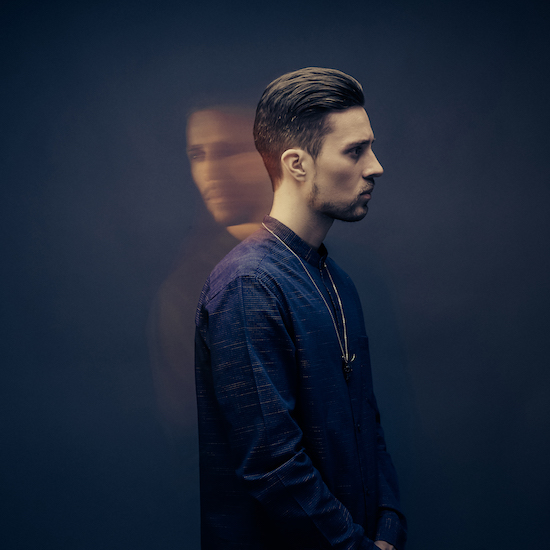 Hailing from Oklahoma City, singer/songwriter/producer/multi-instrumentalist Aidan Carroll was inspired by his hometown for his new song "I Used To Party."

"I'm from Oklahoma City, and there wasn't much to do other than party," Aidan quips. "So naturally, I had to write a song about it." Before he became a classically trained jazz musician and went on to work and travel the world with diverse acts such as Lisa Fischer and Sister Sparrow & The Dirty Birds, Carroll put the fun in the functions back home and he reflects on his life and times on the laid-back single.

"This song is supposed to be fun and light, but has some deeper layers as well," Aidan explains. "It references my younger days in which I loved to party and often took to performing, dancing and getting wild especially back in OKC where I'm from, including some specific nicknames I used to have as well. But there's also some subtle hints in the song, which Mari and I worked on together for his feature section in which we reference maturing, finding true love and bigger dreams, which is where I'm very much at now in life. So it's like a mini-retrospective from OKC to NYC to LA."

Over a mellow yet funky foundation of keys, bass, drums and handclaps, Aidan Carroll shares his tale that many of us can relate to as we look back on our own carefree days and nights of old. He starts off the track with its super-catchy, lighthearted chorus: "I used to party all night long / Long before I wrote this song / I used to go out on the dance floor / Dancing with your girlfriend's mom." Rapper Mari slides through about two minutes in to drop a hot 16 before passing the mic back to Aidan who keeps the party going and incorporates a talk box to funk things up a little more. Flexing the breadth of his talent, Carroll holds it down on all instruments and production.

"I Used To Party" is the perfect soundtrack for kicking back with friends and family and reminiscing about the good old days. You won't find yourself breaking out into the Running Man per se, but expect to groove along with a head nod, two-step and/or slight bop. "I Used To Party" is the debut single from Aidan Carroll's sophomore album The Other Side, which is described as a "deeply personal" collection of songs. The Other Side will be released later this year, but before that look out for the music video for "I Used To Party" to follow SoulBounce's exclusive world premiere of the single below. If you're digging Aidan Carroll's sound as much as we are, keep up with him on Facebook, Twitter and Instagram.