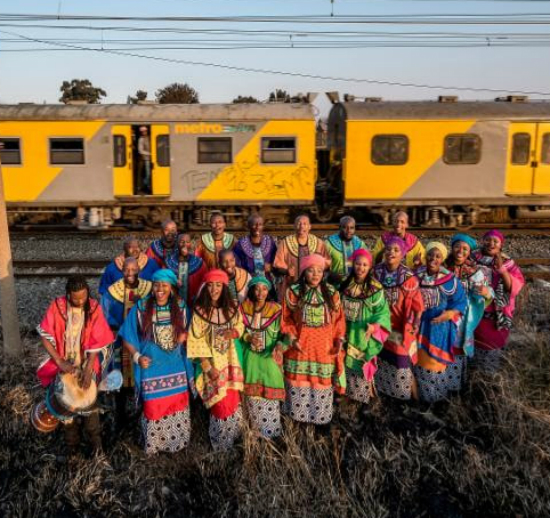 What better way to celebrate Nelson Mandela's 100th birthday than through song? The Soweto Gospel Choir have done just that and created the soundtrack to the South African legend's posthumous party with their latest offering "Umbombela." The group decided to commemorate Mandela's centennial, which takes place on July 18, 2018, with a joyous, harmony-filled track you'll want to listen to on repeat.

"Umbombela," which means "train song," details the journey of black South Africans during the apartheid era. The minute you press play, you'll hear a beautiful melange of voices, which will hypnotize you, transporting you all the way down south. The perfect mix of vocals is inspiring and impressive and proves a worthy tribute to Mandela.

"The significance of Nelson Mandela's 100th commemoration to South Africans is, firstly and foremost a reminder of the role played by Nelson Mandela in moving South Africa from a position of being an undemocratic, oppressive society to one of a peaceful co-existence for all racial groups. Mandela represents love, peace, forgiveness and strength to the choir. He is a symbol of inspiration to the Choir," Soweto Gospel Choir stated via press release.

Soweto Gospel Choir will release their sixth album, Freedom, on September 14th and will embark on their U.S. tour on October 4th. They have amassed fans wherever they perform and have collaborated with the likes of Pharrell Williams, Aretha Franklin, Stevie Wonder, Kirk Franklin and more over the years. Join us in celebrating Nelson Mandela's birthday with the rest of the world and listen to "Umbombela" right here.