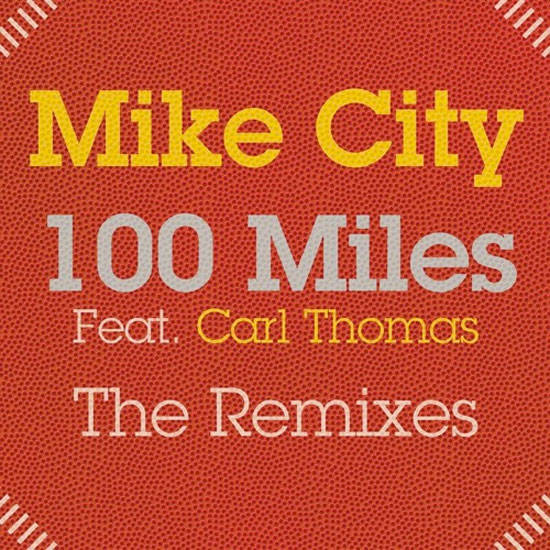 Around this time last year, singer/songwriter/producer Mike City released his star-studded compilation album The Feel Good Agenda Vol. 1 on BBE Records. As its title suggests, the project was chock full of soulful dance grooves that can still brighten our mood a year later. Now the Philadelphia native gifts us with eight remixes of one of the tracks from the album featuring the R&B crooner whose hypnotic voice helped to jumpstart his stellar career. With the assistance of electronic music master and one-half of BBE’s Mega Jawns, Sumsuch, the track “100 Miles” featuring Carl Thomas is reinvigorated with breezy keys and the twinkling chime of a xylophone. Once again, we are sent on a warm and dreamy musical escape perfect for a summertime drive.

A giant in the electronic music world, Sumsuch has made waves with his talent for nearly two decades. When he’s not flexing his DJ muscles all over the world, he is running his independent house music label, Colour and Pitch, and acts as contributing editor for Chicago’s 5 Magazine, North America’s only publication dedicated to house music.

In addition to Sumsuch’s rework of the track, the remix EP also features the soulful touch of house music legend Frankie Feliciano on six of the eight tracks. Oddly enough, each version feels like a new track with only a stone cold groove in common. Whether you’d prefer to vibe out to the tracks sans lyrics, float without a beat or you prefer to let Carl Thomas sing into your ear acapella, this release has what you need whatever your mood.

Give Sumsuch’s remix of Mike City’s “100 Miles” featuring Carl Thomas a spin, and see if you aren’t immediately lifted to a lighter, more vibrant soul space. Be sure to download the entire EP on the digital platform of your choice.


TAGS:  audio, carl thomas, colour and pitch, frankie feliciano, mega jawns, Mike City, sumsuch
Previous: T-Pain’s All About The Booty On His ‘TMix’ Of Ella Mai’s ‘Boo’d Up’ Next: The Black Eyed Peas Take Aim At Societal Ills Once Again With ‘Get It’