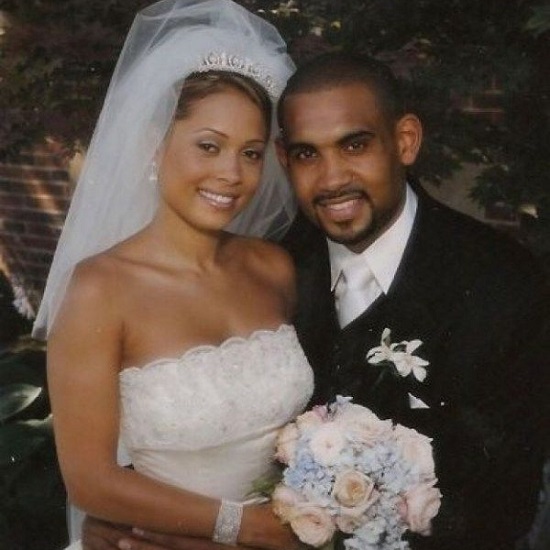 Today, July 24th, marks the 19th wedding anniversary for lovebirds Tamia and Grant Hill. The couple has been black love goals since their romance first began, but it's kind of hard to forget their fairytale wedding way back in 1999. But just in case you did forget about the nuptials between the singer and the baller, Tamia reminds us all of their sweet love story with her latest Passion Like Fire single "Today I Do," the second after lead single "Leave It Smokin'."

If you can't tell by the title, the song is a tender ballad meant to be the next big wedding song. To that effect, the song takes on all the qualities you'd expect from a song meant for walking down the aisle. It's full of delicate piano, powerful harmonies and guitar, all arranged romantically and climaxing in one sweeping dramatic moment sure to spark emotion for everyone attending the ceremony this track will inevitably be played at. Tamia also provides would-be couples with a template for how the day should go by dropping a video for the track simultaneously. But it's not just any video. She actually uses footage from her wedding ceremony, letting us into the extravagant and emotional affair. We see her arrive by horse-drawn carriage and walk down the aisle toward her future hubby. We also see the couple surrounded by family and friends at their elaborate reception. If this doesn't give you the warm and fuzzies we don't know what will.

In addition to the single and video, Tamia also gave fans another thrill by announcing the dates for her upcoming Passion Like Fire Tour. Kicking off on September 18th in Cleveland, Ohio, the jaunt will see her touching down in several cities across the U.S. — including Chicago, Nashville, Charlotte, Atlanta, Dallas, Houston, Las Vegas and San Francisco — before she wraps things up at Brooklyn's Kings Theater on October 26th. If you're down to see Tamia light up the stage, you can purchase tickets for the shows starting this Friday on her website. While you gather your coins, stream "Today I Do" below and check out the song's video. After that, stick around to read the tour flyer and check out when she'll be coming to a city near you. 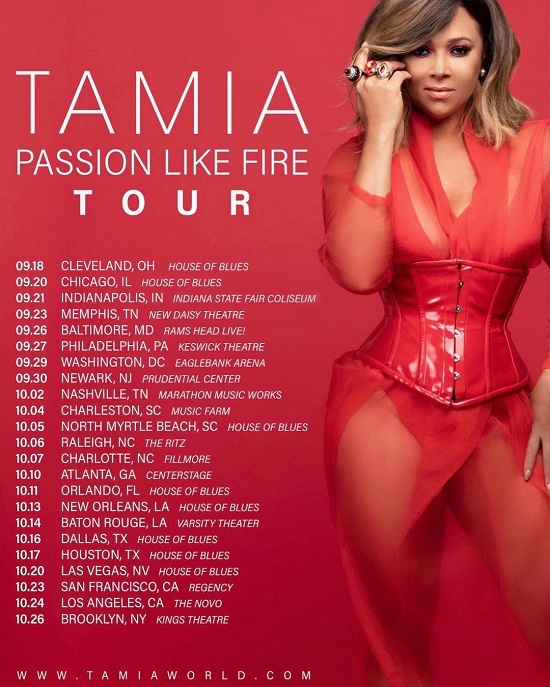