The Shindellas Put You In Check On ‘Reconsider’ 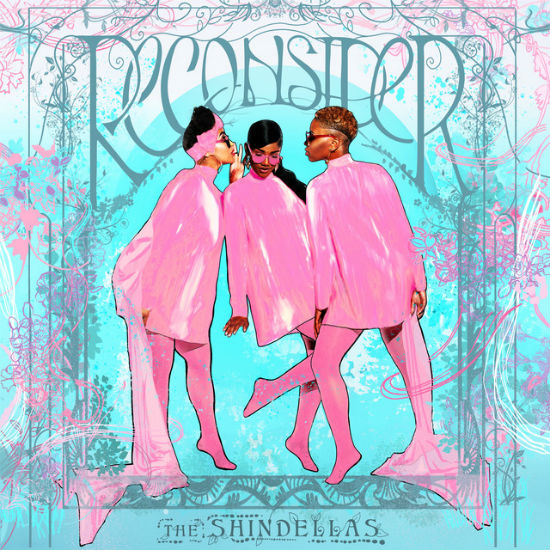 After collaborating with fellow soul sensations Louis York for their “live out loud” single "No Regrets," Stacy Johnson, Tamara Williams and Kasi Jones, collectively known as The Shindellas have set out to make a powerful and sassy statement of their own. For their official debut single, “Reconsider,” the talented trio offer the relationship advice that any good friend or opinionated auntie would. Their harmony is pristine and their tone is point-blank with a period as they declare that every queen deserves a king in every sense of the word. They sing, “I don’t care who you love / As long as, he or she fills you up / And never drags your heart through the mess / And if he don’t make you feel like a winner, oh, reconsider.”

Described as a “band of truth tellers,” The Shindellas are the latest product of the Nashville, Tennessee-based collective Weirdo Workshop, founded by Louis York members and multiple GRAMMY-nominated songwriting and production team Chuck Harmony and Claude Kelly. They say, “Creating a platform for better representation of black women in music is very important to us. We’ve heard the disrespectful opinions being shared on conference calls and in board meetings. We’ve seen what gets the green light and what doesn’t. We see the void in popular music.” After working with some of the most powerful women in the music business, including Mary J. Blige, Rihanna, Kelly Clarkson and Britney Spears, the dynamic duo were driven to make a statement. That artful assertion was made with The Shindellas, and it is their hope that “people will really listen to 'Reconsider,' love it and add it to their lifestyles."

Give the latest single from The Shindellas a spin below and, hopefully, its truth won’t hurt you. Keep up with the ladies on Twitter, Instagram and Facebook, download “Reconsider" on the digital platform of your choice and add it to your personal soundtracks and playlists.