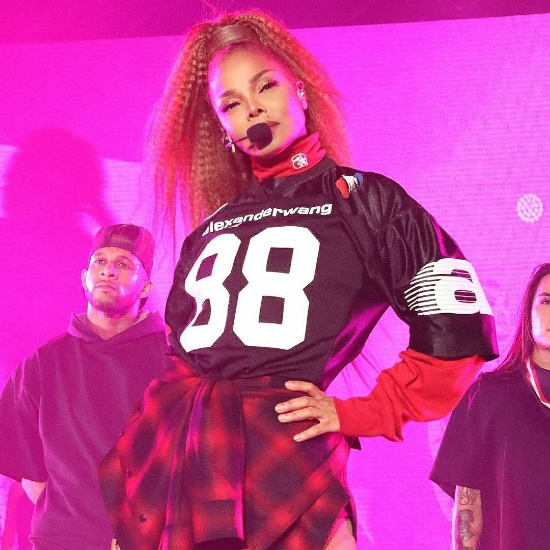 This year's ESSENCE Festival was one for the books filled will numerous memorable moments and epic performances. The festival's overall headliner Janet Jackson checked off both boxes with her closing night set this past Sunday, which also served as the kickoff to the second leg of the State Of The World Tour. Fans wondered if Janet would, in fact, take the stage at ESSENCE after the passing of her father Joe Jackson the week before, but she was determined for the show to go on and she even incorporated him into it. After wowing the audience in the Mercedes-Benz Superdome with a high-energy set that incorporated new outfits and an updated setlist with more album cuts and rarities, she took a moment to talk to everyone to thank them for their concern and well wishes during this difficult time for the Jackson family.

"My father was a great man," Janet said at one point during her speech while old photos of her and Joe were displayed on screens onstage behind her. She went on to share a conversation that she had with one of her brothers as she was contemplating canceling SOTW2 in the wake of their father's death. "I think my father would have said 'Janet, please finish what you started, and I will be there with you every step of the way in your heart,'" she shared while visibly shaken and her voice quivering. But like the professional that she is, Janet pulled it together and quickly pulled everyone out of their feelings as the opening notes to "Together Again" started to play. "My father would want to celebrate his life. That's what I'm going to do right now with all of you," she stated before launching into a rousing performance of one of her signature songs and slaying the stage as only she can. #TheShowMustGoOn #TogetherAgain