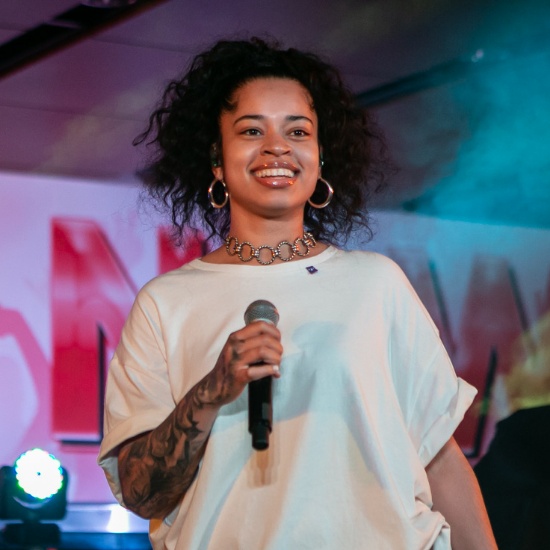 Unless you've been living under a rock for the past few months, you've probably heard Ella Mai's "Boo'd Up" and you've heard it a lot. The song of the summer has been getting heavy rotation since this spring, and it's either become your jam or you're sick of hearing it by now. Whatever side of the fence you're on, you can't deny that "Boo'd Up" is doing big things and has put Miss Mai on the map and the charts. The "Naked" singer has hit No. 1 on the Adult R&B Songs tally with her Billboard debut and has her sights set on pop radio, where the song has only recently crossed over. The track has also charted high on the Mainstream R&B/Hip-Hop and Rhythmic Songs charts. The success of "Boo'd Up" has pushed Ella's EP Ready into the top 40 of the Billboard 200 as well and sets up the forthcoming release of her debut album rather nicely. #BoodUpToTheTop