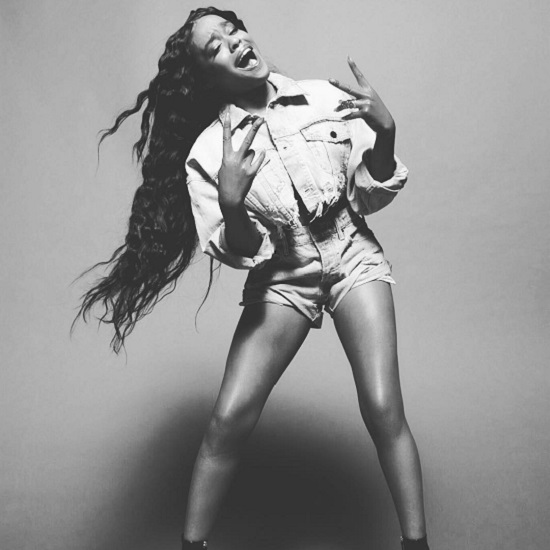 We really want to see Azealia Banks win, but her constant antics aren't really helping her cause. In the latest drama, the rapper/singer recently ranted and raved about her experience during a recent appearance on Wild 'N Out (ed. note: she needs to fire whatever agent thought this would be a good idea). The "Anna Wintour" rapper took to the 'gram to air her grievances with the program, writing, “I did Wildin’ out today. There were tons of pre-planned colorist jokes and of course …. cry baby cried.” She then detailed the experience at length, writing, "I show up and some guy who’s darker than me starts calling me ugly and being colorist, then all of a sudden a choir of the most disgustingly basic, local, cattle call ‘urban’ pseudo comedic ‘FAT BECause You sit in a chair all day’ greasy soul food induced south of the mason Dixon, self hatred. A** It#backwards, post-Jim crow, post traumatic slave disorder true self esteem less, Ward of the state CLOWNS with their low scale and highly UNimpressive resumes, start going off about how the beautiful Azealia Banks looks!"

Not content with just ranting about the show, AB took it even further by canceling the release of Fantasea II, her hotly anticipated sophomore album, through an announcement of Instagram stories. Also, for good measure, she continued her war with Wendy Williams, noting that she would love to see the television personality "die on air." Jeebus. #HaveASeatAzealia #ActuallyHaveSeveral