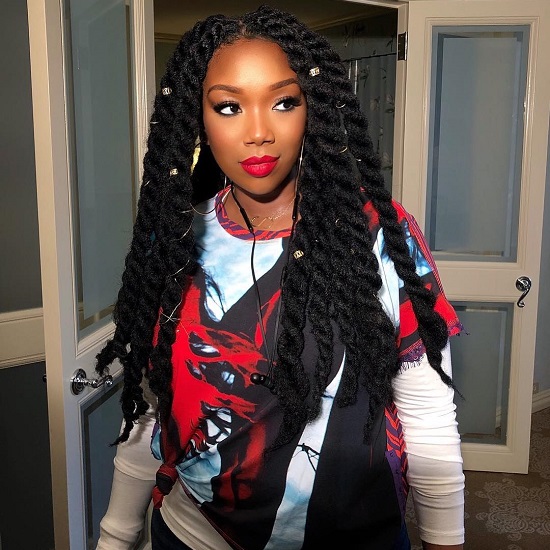 When she hasn't been rocking concert stages, Brandy has been chewing up the scenery of Fox's hit Empire spin-off Star. Well, it looks like her efforts were greatly appreciated. The songstress has now been bumped to a series regular for the show's upcoming third season. "Dear God, you never cease to listen to my prayers and you never cease to Amaze me. Thank you for all of your expected and unexpected blessings," she wrote on Instagram in celebration of the role. Considering that this past season ended with a cliffhanger that included Queen Latifah's Carlotta and Brandy's Cassie in a gun standoff, it'll be interesting to see what's to come for the series. #GetTheRoleB