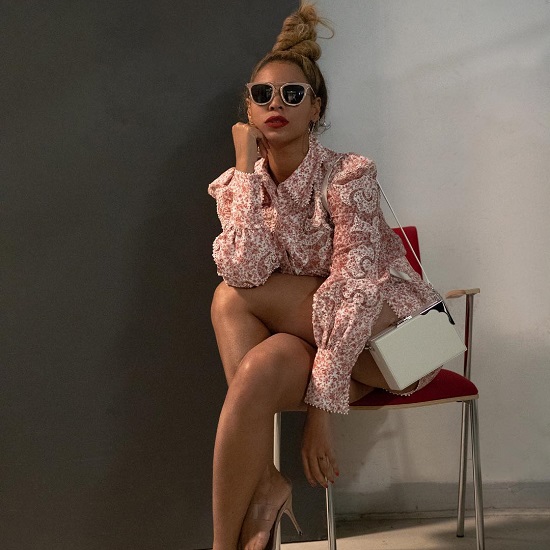 High profile concerts are never without their mishaps, even ones featuring the otherwise perfect Beyoncé. During the OTR II tour stop in Warsaw, Poland, one such mishap happened while Bey was standing on a platform 20 feet high in the air for the show's closer, "Forever Young." Bey was left stuck on the malfunctioning platform for a while as stagehands rushed to figure out how to get the megastar down. The best they could do was produce a ladder that gave Queen Bey pause (more than likely because it looked rickety and she's wearing high-heeled thigh-high boots). Thankfully, she eventually got down from the platform and they've continued the European leg of the tour without another incident. Woe to whoever was responsible for that mistake though. #SomebodyGettinFired