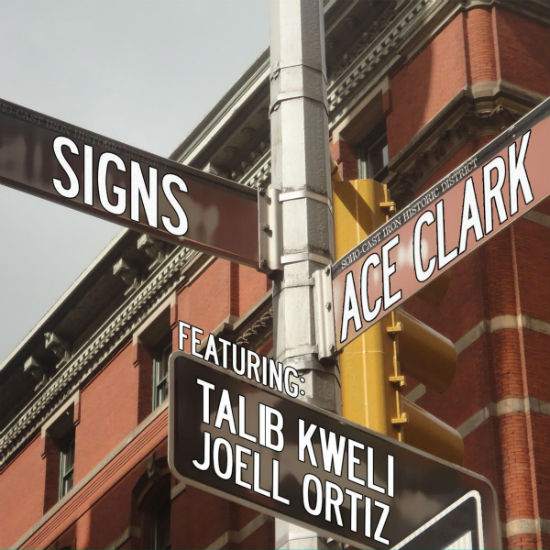 Rapper Ace Clark drops off a star-studded single that is just as head nod-worthy as it is thought-provoking. The Brooklyn native teams up with BK rap royalty Talib Kweli and Joell Ortiz for his track “Signs,” which encourages us all to keep our focus on things that uplift as opposed to those that seek to derail us from our purpose. Kweli kicks off the jazzy tune, followed by Ace who uses his verse as an opportunity to comment on the various sources of distraction in our society, including racism, social media and even the opioid crisis. Joell rounds out the track with a verse citing the perils of the urban environment and how hip-hop itself has been a savior for many. “Signs” serves musical motivation for those who struggle with avoiding the trappings of the world and even success as we journey through life.

Ace Clark’s latest offering is the lead single from his upcoming sophomore album entitled Black Privilege. The project follows his 2015 debut album The Good Fight and will feature other notable artists such as Skyzoo, Elzhi and Beanie Siegel. Ace reportedly composed, wrote and arranged the entire project himself and is set to release it on September 14th.

Whether you seek hip-hop with messaging that is poignant sans being preachy, or just need a bit of motivation to make it through the week, Ace Clark’s “Signs” featuring Talib Kweli and Joell Ortiz is just what you need. Give the track a spin and be sure to download it from the digital platform of your choice.


TAGS:  Ace Clark, audio, Beanie Siegel", elzhi, joell ortiz, skyzoo, Talib Kweili
Previous: Miguel Wants You To ‘Vote’ For A Good Time Next: Ledisi Wants To Teach You How To Walk ‘The Walk’ In Her New Book