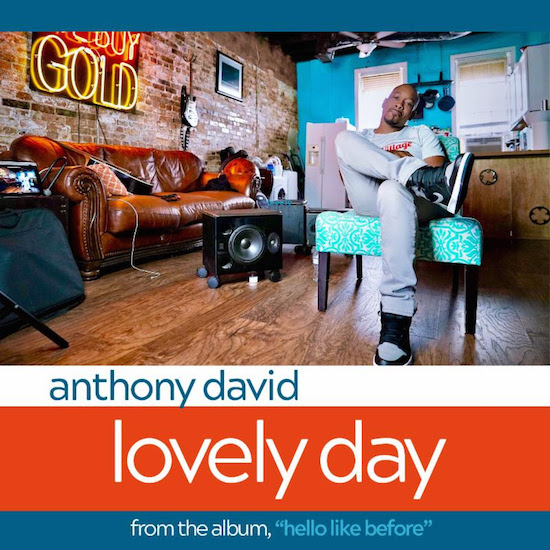 September is shaping up to be a banner month for new album releases, and one that is high on our copping list is Anthony David's Hello Like Before. The project is a special one for Acey Duecy, who will pay homage to one of his biggest influences, Bill Withers, on the cover album. And you can't pay proper tribute to Mr. Withers without singing one of his most memorable classics, "Lovely Day," which Anthony David does with aplomb on his take.

Anthony stays true to the original but puts his stamp all over the feel-good tune. He infuses the track with his raspy tone and adds some soulful runs to the mix. "Lovely Day" has been remade, remixed and refixed numerous times before, but we love AD's vibes on the song and we see this quickly becoming a fan favorite when he performs it live alongside "4Evermore" and "Cold Turkey."

"Lovely Day" serves as the official first single from Hello Like Before. Anthony gave us an introduction to the LP with the teaser track "I Can't Write Left-Handed" on July 4th to commemorate both Independence Day and Withers' 80th birthday. Anthony David will continue bestowing musical gifts on the masses when Hello Like Before is released on September 21st on Shanachie Entertainment.


TAGS:  anthony david, audio, bill withers
Previous: August Greene Owes Us ‘No Apologies’ For Their ‘Tonight Show’ Performance Next: MAJOR. Is About To Deliver ‘Even More’ Good Music With Debut LP