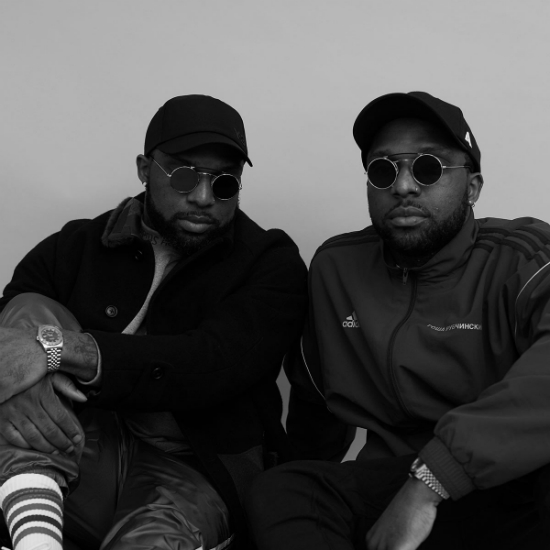 Production duo Christian Rich know how to cold rock a party, especially during a scorching summer. Back in June, the brothers hooked up with Jaden Smith for his track “Ghost,” lacing the legacy MC with some heat. Now they’re closing out the season with a cool track, “Dripping Summers” featuring Little Dragon and Vic Mensa.

“Dripping Summers” is a mid-tempo cut that gives you the feeling of being underwater. The somber track begins with some wavy synths, deep bass and Yukimi Nagano’s hazy vocals. Vic finishes the track off with a few hot bars, spitting game to the object of his affection while letting her know that, “My conversation is deeper than viral sensations and such / She like it rougher than David, fighting temptations in us.” While Little Dragon and Vic play their role, it’s Christian Rich’s production that truly shines with its atmospheric vibe.

This isn’t Christian Rich and Little Dragon’s first collabo. The duo remixed LD’s single “Best Friends” earlier this summer, adding a little house flavor to the melancholy track. When twins Taiwo and Kehinde aren’t busy behind the boards, they’ve also had their hand in designing eyewear for LGR, a bicycle for Tokyo Bike and just being fashion plates at Paris Fashion Week. It’s good to see that, amidst all this work, they haven’t left their music fans behind.


TAGS:  audio, Christian Rich", jaden smith", little dragon, Vic Mensa, yukimi nagano
Previous: Disclosure Takes Us To The House With ‘Where You Come From’ Next: José James Readies Bill Withers Tribute Album ‘Lean On Me’ & Releases Smoking ‘Use Me’ Cover