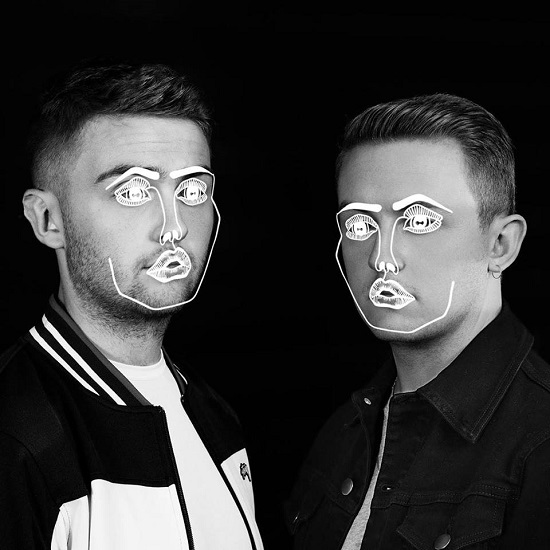 When the fellas of Disclosure dropped their single "Ultimatum" earlier this year, we started to suspect that they may be up to something in the studio. Well, three months later, we're definitely beginning to suspect something — especially since brothers Howard Lawrence and Guy Lawrence decided to drop not one but two new singles overnight. Each single offers up the group's signature electronic sound while also giving us a different twist on their formula.

"Moonlight," the first single released, is based around a sample of jazz standard "When I Fall In Love" performed by Swedish a cappella outfit The Real Group. Taking the vocals and distorting them with a few tricks, they then layer them over house-like production, creating an interesting mix of hot and cool as the sample plays against the dance floor-ready sound. Similarly, "Where Angels Fear To Tread" utilizes a vocal sample — this time the classic "Fools Rush In" as performed by The Four Freshmen — and pairs it with their signature electronic shuffle. This time, however, the vocal sample is fuller and left mostly intact. This decision gives the song a haunting quality as the nostalgic sound of the sample is juxtaposed against the modern production. Taking things even further is the decision to include some jazzy keyboard playing near the song's end, blurring genre and style even further.

We think it's safe to say that the Howard brothers have something coming soon, whether it be an EP or an album has yet to be seen, though. Until we find out, enjoy Disclosure's two latest singles below.


TAGS:  audio, Disclosure, Guy Lawrence, Howard Lawrence, The Four Freshmen, The Real Group
Previous: Cardi B & Kehlani Got Your Number On ‘Ring’ Next: Nai Palm Blazes The Raceway In ‘Crossfire’