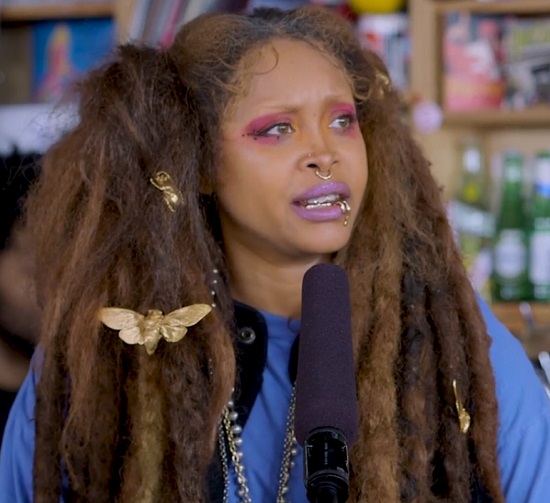 She's only had five albums and one mixtape, but Erykah Badu has managed to have a career that's spanned more than two decades and can look forward to it lasting well into the future. She offered proof of that when she sat in at the NPR offices to offer up renditions of two well-known album cuts that have become undeniable fan favorites.

First up was Baduizm's snappy, jazzy "Rimshot." The short-and-sweet ditty served as an intro and a warm-up for her and the band — which included her longtime musical director RC Williams, trumpeter Keyon Harrold and saxophonist Kenneth Whalum — to get into the swing of things. After that bit of fun, Erykah and the fellas launched into a 12-minute version of "Green Eyes." The song, which closes her second album Mama's Gun, was perfect for the occasion as it shifts from musical styles and showcases the ease with which Erykah can take us through any genre. She gave them a vocal tour-de-force — from soft and jazzy in the first movement to sullen and soulful in second, finally closing with the triumphant third movement where she defiantly realizes her worth.

Though only two songs long, Erykah's performance was one not to be missed. Thankfully the folks at NPR were recording and we can watch it again and again. Check out Miss Erykah Badu's staying power when you press play below. 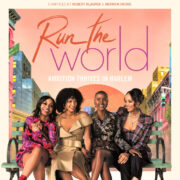