Gallant Struggles With Fame On ‘Haha No One Can Hear You!’ 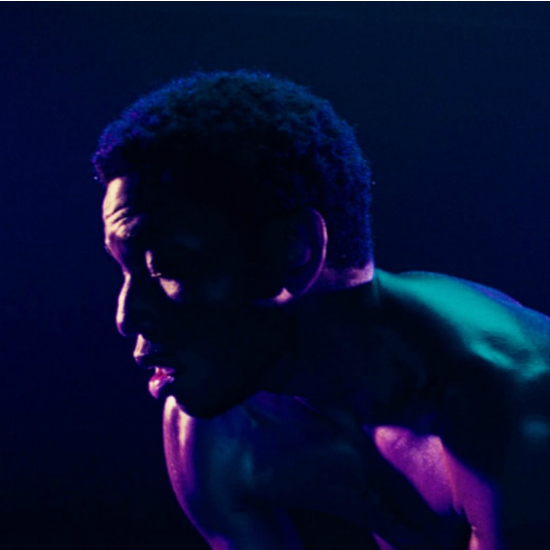 After releasing his debut album, Ology, Gallant was immediately one to watch. He became a GRAMMY-nominated musician, a darling of many "Best Of" lists, was featured on many a late night talk show snd even toured with John Legend. But Gallant isn’t your standard super cool artist. He’s always been that guy literally grooving to the beat of his own drum. It just happened to be a beat we could all groove to as well. But what’s a Black artist looking for mainstream appeal to do when you’re faced with the pressures of not only fame but the expectations of your ethnic origin and your heart won’t let you be a caricature? We’ll learn Gallant’s answer to that particular quagmire when he releases his second full-length LP, This Does Not Fit. Like many artist’s sophomore albums, the project promises to explore Gallant’s experience post-fame. We get the first real taste of that with the tongue in cheek record, “Haha No One Can Hear You!”

Over a funky midtempo groove of bass guitar, drums and synths, Gallant talks big ish about the pressures of fortune and fame. As if he’s talking to himself, his peers or an Instagram model on the come up, he talks about the conflict of being yourself versus the expectation of who you should be. He lays out examples like, “All of your friends say don’t be the sad one, but you can’t help it,” along with the taunting refrain, “Get drunk and get some money.” However, while the track is a farce on the perils of being Black and famous, much like the best jokes, there is a bit of truth in the narrative. And, unlike some narratives on the perils of fame, it's relatable in the sense that everyone struggles glowing up and being yourself versus the idea of who you should be.

In addition to the new track, Gallant has also released a simple visual to accompany the audio. In the clip, we see Gallant’s shirtless body stuck between entering a dance floor, hands stretched holding onto a bannister. He’s looking at his own reflection on the floor before him, but he can’t move forward. The visual ends with Gallant turning to leave, but jumping back up, still stuck in the purgatory of indecision.

“Haha No One Can Hear You!” follows Gallant’s previous singles “Doesn’t Matter” and “Gentleman.” So far, each track has given us a little something different, but they're all still distinctly Gallant. We appreciate hearing these many sides of Gallant and can't wait to see what other layers he pulls back on his next album.


TAGS:  audio, Gallant
Previous: MNEK Comes ‘Correct’ Before The Release Of His Debut Next: Mya & Tink Are About That ‘G.M.O.’ Life