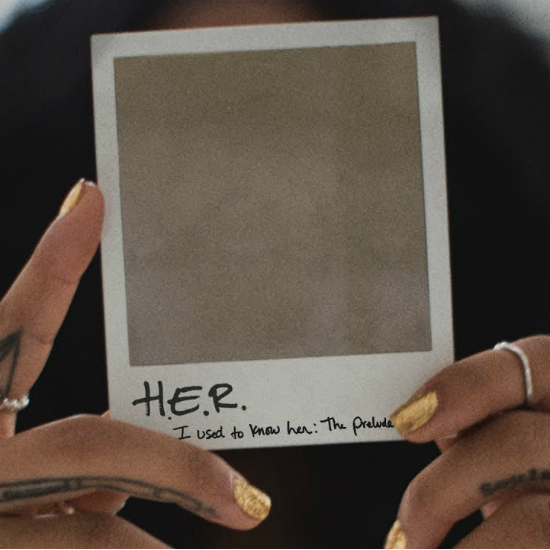 It’s hard to believe, but H.E.R. is only now getting ready to release her official debut album. It feels like we’ve been jamming to the singer’s music for so long and we've fallen in love with so many of her songs, but that's just been from her EPs and guest appearances. From her take on Drake’s “Jungle” off her debut EP in 2016 to her duet with Daniel Caesar, “Best Part” to “Every Kind of Way” from the H.E.R. Vol. 2 EP, we’ve been charmed and delighted by the elusive chanteuse. And while the mystery of exactly who H.E.R. is isn’t that great of a mystery now, as most people have figured out that she’s singer Gabi Wilson, we’re still here for her act. She keeps us intrigued on her latest EP, I Used To Know Her: The Prelude. Here, she’s letting us know she hasn’t missed a step since her last project, while getting us warmed up for her official debut with a little light flex.

H.E.R. gets the party started with “Lost Souls” featuring DJ Scratch. The track samples Lauryn Hill’s “Lost Ones” from her debut album, The Miseducation of Lauryn Hill. She takes another page out of L Boogie’s book, spitting hot fire. She hits on some hot topics and contributes soulful ad-libs in the background, while also being her own hypeman.

The old-school flavor of “Lost Souls” is followed up by the vibey, atmospheric track “Against Me,” an introspective ballad about being protective of your heart. She also gives us a little spoken word so we understand where she’s coming from and why she’s so skeptical. Then there’s the interlude “Be On My,” which is criminally short and sounds amazingly good. The smooth harmonies from the male vocalist, slowly building cacophony of sounds in the background and H.E.R.’s sing-songy rap flow are all on point. Of course, that might be by design, considering the way the song ends on a questionable note.

Luckily, the mid-tempo feel-good track “As I Am” doesn’t disappoint either. Over finger snaps, breathy backgrounds and synths, H.E.R. flexes on a potential boo about why he should love her for who she is. While that’s funny coming from a singer famous for hiding her identity, that doesn’t get in the way of this being a bop.

Next, there’s “Could’ve Been” featuring Bryson Tiller, a duet about looking back with rose-colored glasses on a past relationship. Miss H.E.R. and Pen Griffey Jr. reminiscence over a beat composed of synths and drums with syncopated vocals. While the track feels as if Tiller was added as an afterthought, we still dig it. Finally, the project ends with “Feel A Way,” a mid-tempo track with stuttering drums, a sped-up hip-hop vocal sample and deep synths, that finds H.E.R. getting a few things off her chest about a lover.

I Used To Know H.E.R.: The Prelude is a worthy follow-up to the singer’s previous efforts, holding our attention from beginning to end with her soulful, laid-back sound. In addition, the project doesn’t just give us a continuation of the same material we’ve been listening to from the singer since her 2016 debut. Instead, it shows that the artist and her artistry are growing. She’s dedicated to her craft, improving herself and staying on top of the game. The EP is short and sweet, but it does whet our appetite for her official debut album. When will H.E.R. finally drop that collection? At this point, that information is the biggest mystery of all.