J. Cole Is Anything But Humble On ‘Album Of The Year (Freestyle)’ 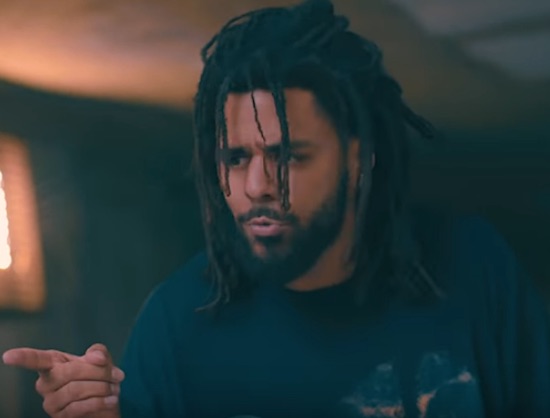 Last Monday,  J. Cole sent out a tweet, “Feed me beats. Everything getting’ murdered.” After sending out the Batsignal, the rapper received beats from newbies to established masters of the board. It’s all part of what he’s calling his "off-season" program. Is he prepping us for a rumored album to be released later this year? Possibly, but he’s not letting us forget about the heat he released in April quite yet. North Carolina’s native son released his fifth album KOD to much acclaim and maybe a few rushed declarations that the album was an automatic classic. However, a few months later, Mr. Cole is singing his own praises with his “Album Of The Year (Freestyle).”

Over the instrumental to Nas and The Bravehearts’s classic “Oochie Wally,” Jermaine spits some fire bars. Beyond just telling us, “KOD / Album of the year / undebatably,” Young Cole also weaves a couple couplets about being an independent spirit, drug addiction and, of course, his own greatness, short of calling himself the lyrical Bible. Instead, he remains humble by calling himself a "cheat sheet for rappers."

In addition to the track, J. Cole also released a visual for the song. The clip opens with the statement, “What you are about to witness is a master class on preparation. THE OFF-SEASON.” The Dreamville logo drops and then we see Cole spitting while sitting on some steps. There are a few scenes of him dropping lyrical heat around his city, from the liquor store to the highway and all points in between.

J. Cole is currently on his KOD Tour, touching the hearts and minds of fans. You can check out some highlights here and see when he’ll pull up to a city near you on his website. For now, hit play and see if J. Cole’s freestyle lives up to his own hype.