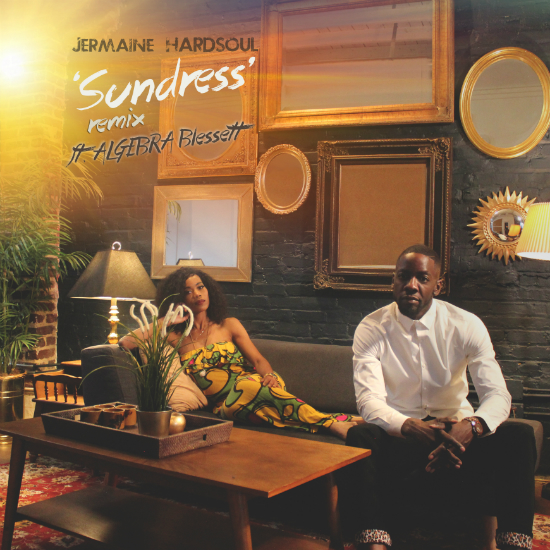 For those of us north of the equator, we are knee-deep in the throes of summer, or as it is affectionately known to many, "sundress weather." On his latest song "Sundress (Remix)," singer Jermaine Hardsoul pays homage to the feminine style staple in all of its glory and then some with a little help from Algebra Blessett.

On this remixed version, Hardsoul reminisces on a former lover and their time together over a creative flip of Whitney Houston's 1985 classic, "You Give Good Love." It seems the two have crossed paths after some time apart and Hardsoul lets her know that he's been quietly keeping up with her whereabouts in hopes of things working out again. For her part, Blessett seems open to the idea despite admitting that she has some reservations about opening herself up once again. Their two voices play off each other effortlessly, painting a wholly believable image of running into a former flame and contemplating picking up where things left off. The Whitney sample adds a nice touch of nostalgia to this sweet walk down memory lane.

The reworked version tells a much different story from its predecessor, which seemingly catches the former couple at the beginning of their courtship. Rather than the throwback vibe, the original "Sundress" has a decidedly roots reggae-influenced mood. While both are perfect for these warmer months, the wistfulness of the remix has us all in our feels thinking about the one that got away.


TAGS:  algebra blessett", audio, Jermaine Hardsoul, whitney houston
Previous: Mereba Takes Us On A Journey In ‘Black Truck’ Next: Quincy Wants To ‘Snuggle Up’ With You